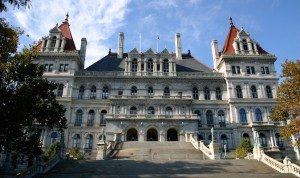 The House Republicans’ American Health Care Act would jeopardize coverage for hundreds of thousands of New Yorkers and eventually cost the state government billions of dollars. On the whole, however, it’s far less disruptive than previous GOP alternatives to Obamacare.

With respect to Medicaid, the bill would preserve the status quo through the end of 2019. After that, everyone currently enrolled could stay enrolled, including hundreds of thousands who became eligible under the ACA’s Medicaid expansion, and the state would continue receiving enhanced aid for that population.

However, new enrollees in the expansion population (mostly adults with incomes between 100 percent and 138 percent of the federal poverty level) could no longer sign up for Medicaid after January 1, 2020. Thus, barring a state-financed alternative, the number of New Yorkers covered by that program would likely decline over time.

The state would eventually lose $4 billion in enhanced Medicaid funding under the expansion, but gradually through attrition.

Going forward, the state’s federal aid would be subject to a per-enrollee cap, but it’s one that New York is unlikely to hit in the near future. The cap would be trended forward by slightly more than the Consumer Price Index for medical services, which has been growing faster than per-capita Medicaid spending for most of the past two decades.

Another group affected by the bill are the 100,000 or so New Yorkers, ranging from 200 percent to 400 percent of the poverty level, who have bought private health insurance with the help of the ACA’s income-based tax credits. The GOP bill would instead offer age-based tax credits, ranging from $2,000 for people under 30 to $4,000 for people over 60.

For New Yorkers above 400 percent of the poverty level, who received no subsidies under the ACA, the GOP plan would be a positive. They would qualify for full tax credits up to $75,000 in income, phasing down after that.

A major question mark is the fate New York’s Essential Plan – a very low-cost, government funded health plan open to people between 138 percent and 200 percent of poverty. An optional benefit under the ACA, which only New York and Minnesota took up, the New York program is mostly financed with $3.7 billion in federal funding and covers more than 600,000 people.

Republicans were expected to abolish the program as part of any repeal-and-replace plan. However, it was hard to tell from the legislative language when and if the program would end.

If so, some of its enrollees would transfer to Medicaid at a cost of about $1 billion to the state. Others could try to buy coverage with tax credits.

Another potential glitch for New York is a provision of the GOP bill which says tax credits cannot be used to buy insurance that covers abortion. That would potentially run afoul of a New York regulation that requires most plans to cover abortion.

Other provisions of the American Health Care Act would repeal or delay various ACA taxes, which will means millions of dollars in relief for higher-income individuals, insurance companies, medical device manufacturers, and employers that offer high-cost health plans, among others.

The bill also includes a 10-page section aimed at making sure lottery winners do not receive Medicaid benefits.