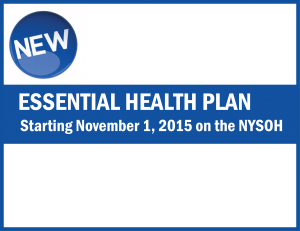 As of Feb. 1, the Essential Plan had signed up 379,559 members for its first year of operation, according to a report released Friday by New York State of Health, the state’s Affordable Care Act exchange.

At the same time, the number of New Yorkers buying private coverage through the exchange plunged by 143,388, or more than one-third (see chart).

The reason is no mystery: The Essential Plan costs either $20 a month or nothing, depending on the member’s income, and comes with zero annual deductible. Private coverage, by contrast, can run hundreds of dollars a month, even with federal tax credits factored in, and often has steep deductibles. For consumers who are eligible for the Essential Plan–those with incomes up to 200 percent of the federal poverty level–it is an unbeatable bargain. 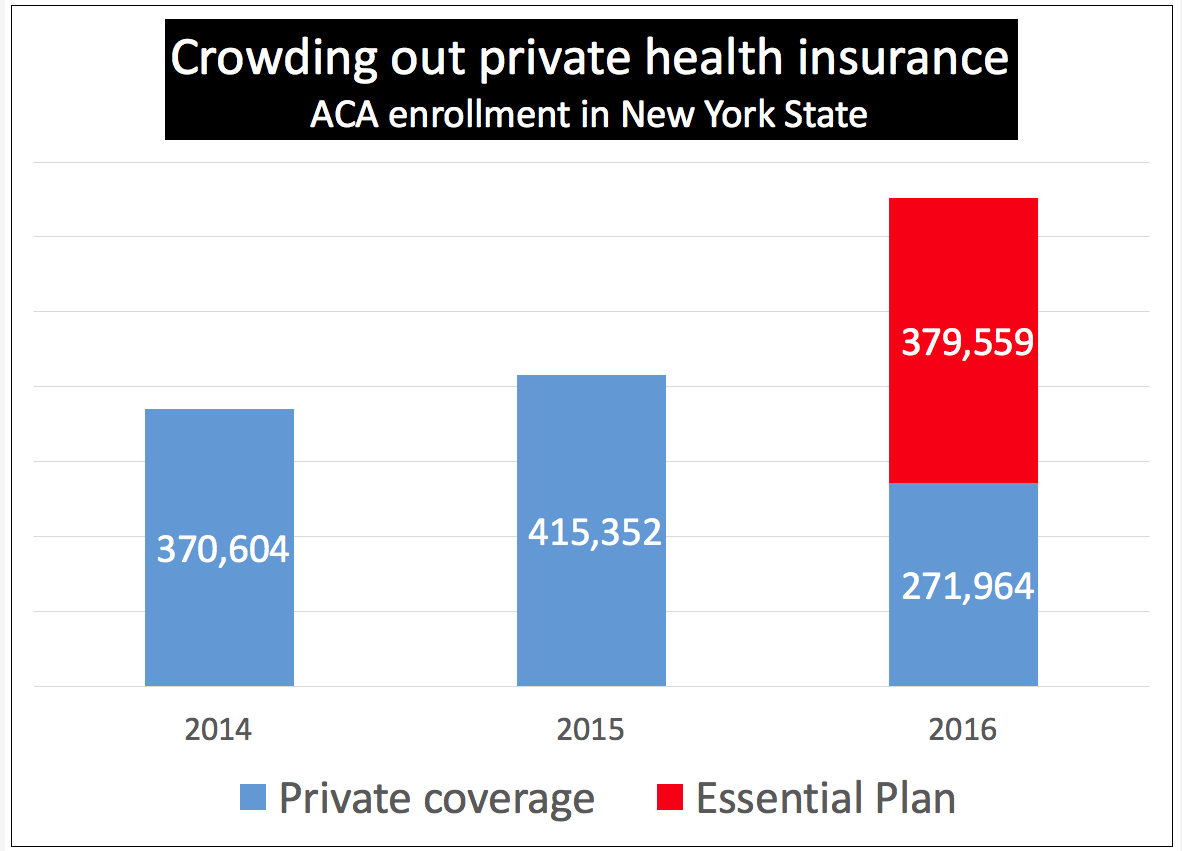 The program also helps balance the state budget, thanks to the complexities of immigration policy. The state currently pays the full cost of Medicaid coverage for certain immigrants who are ineligible for federal matching funds (for instance, legal immigrants who arrived in the past five years). By switching some of those immigrants to the Essential Plan–with the feds picking up 85 percent of the cost–the Cuomo administration expects to save an estimated $645 million a year.

But the Essential Plan comes with a significant downside: Its taxpayer-subsidized low prices are luring customers away from the private market that Obamacare was supposed to bolster. Their exodus is likely to drive up premiums for those left behind–especially for the half who do not qualify for federal tax credits under the ACA–and prompt some to drop coverage. This could mark the return of a “death spiral” that all but destroyed New York’s direct-pay insurance business before the advent of national health reform.

Officials knew this might happen. A 2012 study commissioned by the Health Department projected that offering an Essential Plan would boost direct-pay premiums by $100 a year and cause 24,000 people to drop coverage. Health plans also cited the advent of the Essential Plan as one reason they wanted to raise rates by an average of 19.3 percent for 2017 (which the Department of Financial Services lowered to 16.6 percent).

For example, Fidelis Care noted in its rate application that customers eligible for the Essential Plan tend to make fewer insurance claims than average. Their expected departure “places an upward pressure on premiums,” Fidelis warned.

Friday’s report from New York State of Health confirms that those enrolling in the Essential Plan skew younger: 42 percent of its enrollees are older than 45, compared to 51 percent for those buying private coverage through the exchange.

The report also shows an increasingly lopsided split between the public- and private-sector options offered through the exchange.

In 2014, the first year the ACA was fully in effect, private coverage represented 39 percent of overall enrollment through New York’s exchange, while state-operated Medicaid and Child Health Plus accounted for 61 percent.

For 2016, however, the three public-sector options–Medicaid, Child Health Plus, and the Essential Plan–have mushroomed to 90 percent of enrollment, and private coverage is down to 10 percent.

The state’s track record measures poorly in another respect: According to an analysis by the Kaiser Family Foundation, only 22 percent of the eligible population has signed up for a marketplace plan through the New York exchange, the second-lowest share of any state. This is undoubtedly related to the fact that New York has some of the highest insurance costs in the country, driven in part by state taxes and coverage mandates.

If the Cuomo administration hopes to turn this around, and have its exchange function as intended, it will have to rethink the design of the Essential Plan to avoid destabilizing the fledgling marketplace.