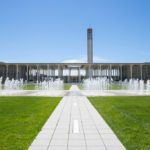 New York public university faculty members and graduate assistants are choosing not to pay union dues at a higher rate than any other major group of state government employees since getting the right to choose in last year’s landmark ruling in Janus v. AFSCME.

In state government as a whole, 24,099 (10.6 percent) fewer people in unionized positions paid union dues or fees in October than were paying a year earlier. Most of these people had been paying an involuntary dues-like “agency fee,” but the drop also includes workers choosing to leave union membership and individuals hired after the Janus decision who chose not to join in the first place.

Payroll data provided by the state comptroller’s office show the drop in the number of people paying a union (people paying either dues or fees) and the decrease in revenue were especially steep among the four unions representing SUNY and CUNY faculty and graduate students:

The low membership rate among graduate students isn’t surprising: graduate student stipends are often set by the funding source (i.e. a federal agency), and the employer-employee relationship tends to center on the student and his or her faculty advisor rather than the institution. A graduate student with a $25,000 a year stipend would pay $500 in dues to a Communications Workers of America affiliate.

But the fact that 94 percent of “represented” SUNY graduate students are choosing not to pay CWA is a testament to how improper agency fees were in the first place, and raises legal questions about whether the Cuomo administration should have been holding (and continues to hold) SUNY students to terms set by a union that most evidently don’t want to join. Given the state Taylor Law’s requirement for employers to handle union membership cards, it would have been abundantly clear to SUNY leadership, and the Cuomo administration, that CWA wasn’t speaking for a majority of students by any measurement.

The drop in payers far exceeds the drop in revenues for the United University Professions (UUP), representing white-collar SUNY employees, and the Professional Staff Congress (PSC), representing CUNY professors, in part because adjunct professors, who pay less in dues than full-time tenure-track professors, have tended to join unions at lower rates. In the case of the PSC, about one-third of CUNY adjuncts choose not to join.

UUP has faced an extra challenge post-Janus because its dues formula assesses people for 1 percent of pay and it represents several hundred SUNY employees who make over $200,000 a year—and now have a choice about paying UUP over $2,000 a year.

The 10.6 percent decrease in payers translates into a $7 million (4.7 percent) drop in how much the unions would otherwise collect annually.

The actual monetary loss caused by Janus and the end of forced fees is likely higher: union receipts climbed 2.7 percent year over year in both 2016 and 2017 as headcounts, average pay and dues rates increased; had that trend continued, state government unions would be collecting $10.9 million more per year than they now will.

As noted above, the decline was chiefly due to people no longer paying involuntary fees, but a number of other factors are at work and can’t be readily isolated: some fee-payers joined the union representing their position, some union members (who had only joined because they had to pay) resigned, and new hires presumably joined unions at a lower rate than employees they were replacing (who were hired when paying was mandatory).

These first two factors are likely to play out in the short-term, while the rate at which people join will ultimately decide how much Janus affects government unions in the years to come. For example, more than 92 percent of state workers represented by state government’s largest union, the Civil Service Employees Association, were members in 2017, but without agency-fees making people pay regardless, it’s reasonable to assume CSEA’s membership rate will drift back toward its pre-agency fee level of roughly 75 percent in 1977.

CSEA and state government’s other large unions (the Public Employees Federation and the NYS Correctional Officers and Police Benevolent Association) also are collecting less money, and from fewer people, than they were a year ago, as shown below.

The New York City Independent Budget Office meanwhile reported a 3.5 percent dip in the number of city workers paying a government union between June and December 2018. The impact on city government union revenue remains unclear, due to the inclusion of retroactive pay (and dues) in city data.