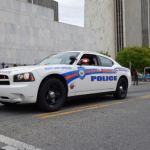 Union leaders and politicians condemned the U.S. Supreme Court’s 2018 Janus v. AFSCME decision as “a direct attack on organized labor” by “anti-worker forces.” But as Albany’s police officers are showing, the Janus case has helped workers by empowering them to demand better representation.

Albany’s approximately 300 city police officers are represented by a local chapter of mega-union American Federation of County, State and Municipal Employees (AFSCME). As reported by the Albany Times Union, many of the officers were dissatisfied with the representation they were getting from AFSCME through its New York law enforcement chapter, Council 82.

According to the Times Union, a group led by Officer Mike Delano set out to create an independent Albany Police Benevolent Association, but Council 82 threw up administrative obstacles that prevented officers from getting to vote on which union should represent them.

Prior to the Janus ruling, which held that public-sector employees could not be forced to pay a union, the Albany cops would have been forced to continue supporting Council 82. Not anymore:

In response [to Council’s 82 blocking maneuvers], roughly 80 percent of the department’s officers have stopped paying dues, withholding over $8,000 a month from Council 82. Delano said that wouldn’t have been possible without the Janus decision, a 2018 U.S. Supreme Court ruling that allows employees to enjoy the benefits of the union without paying monthly dues.

“Janus has given us freedom from the coercion of this mammoth organization,” he said.

The officers are now working their way through New York’s process that lets workers hold an election and decide whether to change their “exclusive representative,” the sole union authorized to speak on their behalf.

Most unionized New York public employees belong to a union local that is itself part of a national organization, meaning the parent union gets a portion of their dues while having little to do with the members on a day-to-day basis. Unionized school teachers, for instance, pay about $234 per year to the national parents of the statewide teachers union, who then spend a considerable portion of it on ideological activities such as political campaigns and lobbying.

AFSCME’s dues rules takes the first $160 or so paid by each full-time member and feeds it into a national organization focused heavily on politics. During the 2016 federal election cycle, the union spent about $26 million on various campaign activities, including contributions to several super PACs and another $5 million on lobbying.

AFSCME’s political focus, the Times Union reports, was part of what drove Albany officers to seek a new union:

Delano, who is serving as the interim president for the nascent PBA, sees Council 82 as being more of a political group, concerned more with itself and spreading money to political causes than an organization fighting for its members.

A handful of other unions have pursued the same escape route as the new Albany PBA. The most significant example was the successful 1999 move by about 20,000 state correctional officers, who voted to be represented by the newly created New York State Correctional Officers & Police Benevolent Association (NYSCOPBA)⁠—instead of AFSCME Council 82.