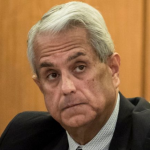 “No layoff” clauses in government employee union contracts are almost always a bad idea, even though politicians usually defend them as necessary to win some other union concession.

In a bad precedent for taxpayers throughout the state, the lame-duck supervisor of New York’s largest town has inked the most indefensible no-layoff deal in Long Island’s history of open-handed labor relations—guaranteeing union jobs while asking for nothing in return, in part, apparently, to protect Republican hires from an incoming Democratic administration.

Anthony Santino, who was defeated last month in his first bid for re-election as Hempstead town supervisor, signed a Memorandum of Agreement with Civil Service Employees Association (CSEA) Local 880, which would amend the town’s existing contract which runs through 2021 to add a provision stating:

This deal, which will be considered for ratification by the town board on December 12, essentially means Hempstead must keep paying every unionized town employee until he or she retires, quits, or is fired, regardless of how the town’s circumstances change or the ways that town officials might find to save money. That would include a number of political hires who Santino is looking to move, in a separate action, into unionized positions.

The no-layoff clause would handcuff Santino’s successor, Democrat Laura Gillen, from making any substantive changes to how town government delivers services, or from reducing the town’s personnel costs in the event of an economic downturn. Well over one-third of the town’s expenses were last driven by pay and benefit costs dictated by its contract with CSEA.

State courts have generally upheld the use of no-layoff agreements, which can be negotiated in return for union concessions. Governor David Paterson inked no-layoff deals with CSEA and the Public Employees Federation (PEF) in 2009 under which the unions agreed not to oppose his bid for minor pension reforms. The no-layoff pledge between the Village of Johnson City and its firefighter union, on the other hand, was struck down in 2011 because it was overly vague.

But Santino may be the first executive in state history to agree to one while seeking nothing in return, a breathtakingly irresponsible move.

While Hempstead’s contract with CSEA runs through 2021, there’s a real danger that the town could be stuck with the change for good. That’s because the state Triborough Amendment keeps provisions of a contract in force until a successor deal is in place. If the town ratifies Santino’s MOA, the town will only be able to rid itself of the new terms by making concessions back to the union at greater cost to the taxpayers–that is, assuming the union will ever be willing to give up such a lucrative provision. Either way, future Hempstead supervisors will find themselves with decidedly less leverage in dealing with CSEA.

The no-layoff scheme is especially cynical considering how as recently as July, Santino was playing hardball with CSEA, winning a new contract that kept cost-of-living increases below the rate of inflation. When Santino was sworn in at the beginning of 2016, he said, “[t]axpayers can rest assured that I ran for this office as a fiscal conservative and that I will govern from this office as a fiscal conservative.” Unfortunately, Anthony Santino now appears bent on making it impossible for his successor to do the same.