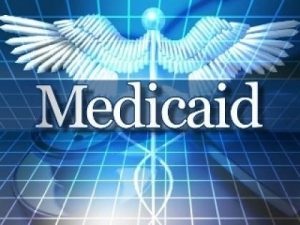 The newly posted July cash report from the comptroller’s office shows that state-funded Medicaid expenditures ran over budget projections by $665 million, or almost 8 percent, through the first four months of the fiscal year. If that pattern continues, the full-year overage would approach $2 billion.

The figures reinforce Tuesday’s warning from the Budget Division, which said in a quarterly update that Medicaid spending “continues to exceed expectations” and that officials are contemplating across-the-board cuts to health-care providers and managed care plans. 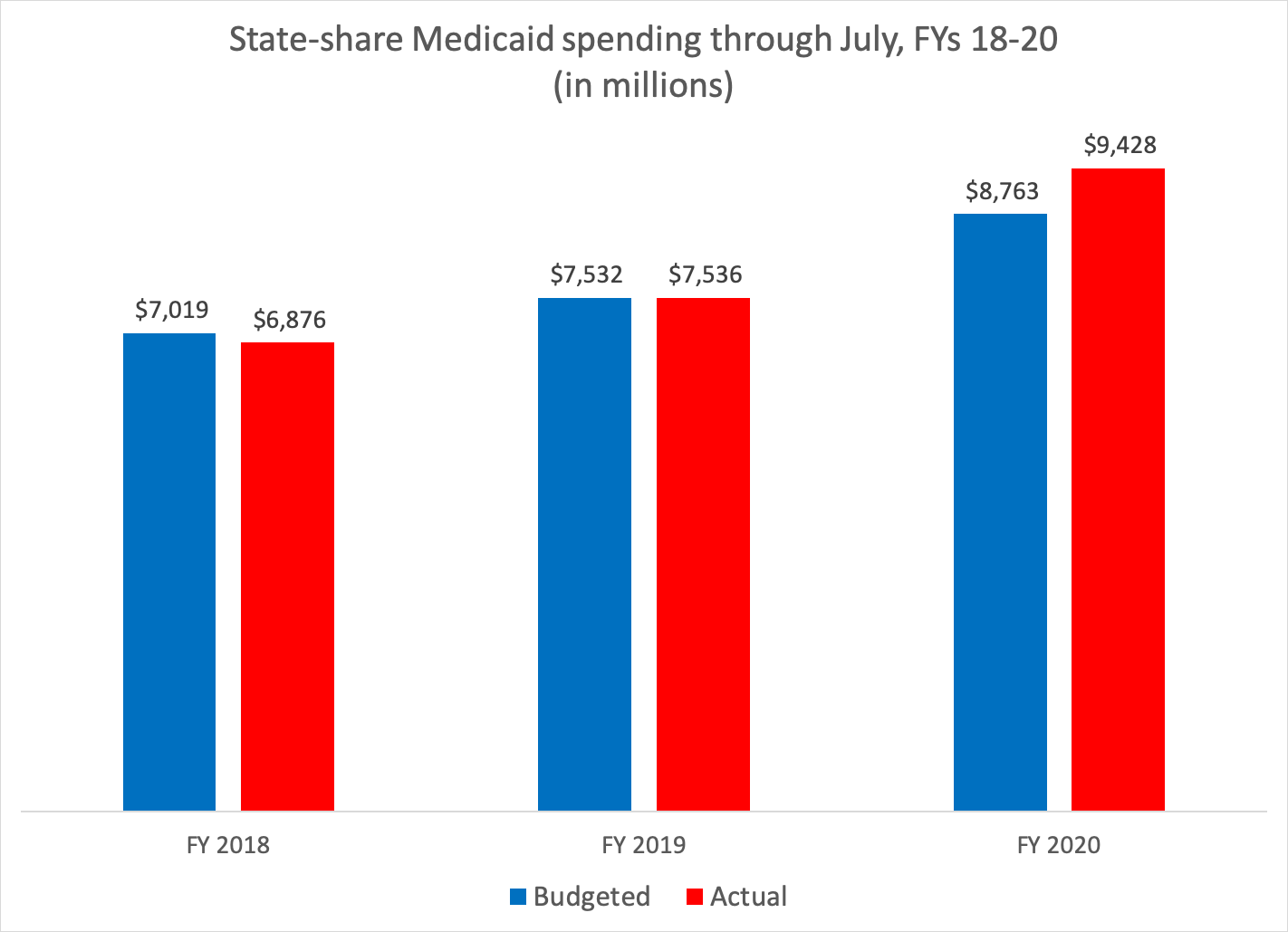 Sources: Division of the Budget financial plans and Office of the State Comptroller cash reports. (Click to enlarge.)

Cuts deep enough to rebalance the current year’s budget would be deep: To save $2 billion, the state would have to reduce its own spending by almost one-tenth – and trim overall Medicaid expenditures, including federal matching aid, by more than $4 billion.

The above chart reflects state-share Medicaid spending through the Department of Health, which is currently budgeted for $22 billion in fiscal year 2020. The overall budget of $79 billion also includes $3 billion from other state agencies, $7 billion from local government and $47 billion in federal aid.

The pattern of higher-than-expected Medicaid spending emerged late last summer. As the chart above shows, the program was almost exactly on-budget as of July. By the end of September, however, the comptroller’s cash reports showed that Medicaid spending was running almost $1 billion over projections in the August financial plan update from the Budget Division.

At the time, the Cuomo administration did not raise a public alarm or take action to control costs. To the contrary, it quietly ordered across-the-board rate increases for hospitals and nursing homes – a win for groups that were among his biggest political supporters in his re-election year.

Nor was the ballooning overage addressed by his January budget proposal. He proposed Medicaid cuts in February – framing them as a response to a dip in tax revenue – but withdrew that plan a few days later.

In March, the administration quietly postponed $1.7 billion in payments to providers and health plans to the beginning of April – shifting the expense into the next fiscal year – a step officials said was necessary to technically comply with a statutory cap on Medicaid spending.

That unusual maneuver was not made public until after lawmakers finalized the 2020 budget. The result was spending legislation that neither accounted for the extra $1.7 billion in payments made in April, nor reflected the program’s higher rate of ongoing spending.

Although the administration is now contemplating cuts in Medicaid, it has made clear that it might also delay further payments in March 2020.

State-funded Medicaid expenditures ran over budget projections by $665 million, or almost 8 percent, through the first four months of the...

Cuts deep enough to rebalance NY's Medicaid budget would be deep: To save $2B, the state would have to trim overall Medicaid expenditures...