The Empire Center’s annual release of Metropolitan Transportation Authority (MTA) payroll data on the SeeThroughNY transparency website made an especially big splash—highlighting a one-year increase of $420 million, or 16 percent, in MTA overtime payments during 2018.  More than half that figure could be traced to the Long Island Railroad (LIRR), including $344,147 for a single LIRR employee who hauled in a total of nearly $462,000 in total pay in one year.

Prompted by our revelations, MTA chairman Pat Foye ordered an investigation of the authority’s overtime, explaining “recent reports on excessive overtime payments throughout our system are extremely concerning.” Several agencies continue to investigate overtime abuse among LIRR workers, including the Queens District Attorney and a federal prosecutor. Governor Cuomo has also gotten involved.

The MTA inspector general’s latest findings show 26 of the top 100 earners in 2018 were from one LIRR department, and at least four of the top earners were padding their overtime with excessive travel time. Timekeeping procedures have also been cited as a potential problem within the agency.

The investigation continues. Meanwhile, SeeThroughNY remains a unique and enormous repository of state and local government information including millions of individual payroll and pension records dating back to 2008, as well as collective bargaining agreements, comparative data on local government spending and tax burdens, and key details of the New York State budget that can be found nowhere else.

You can search our public payroll database on SeeThroughNY.net. 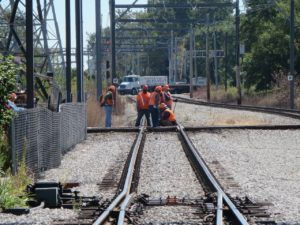