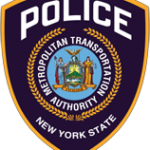 The Metropolitan Transportation Authority has assigned its own police force to monitor attendance and overtime use by Long Island Railroad employees, the Daily News reports.

The move is part of an MTA management “crackdown” on overtime abuses following the revelations in new payroll records posted by the Empire Center at its SeeThroughNY.net transparency website.

But a review of SeeThroughNY’s searchable payroll database indicates the MTA Police agency hasn’t exactly been skimping on its own employees’ overtime and other extra pay, such as shift differentials and holiday pay. According to records obtained by the Empire Center:

Given the rise in overtime and extra pay among MTA Police, perhaps management ought to assign LIRR workers to monitor the attendance and work hours of the cops who have now been assigned to monitor them.

Paterson, Gelinas mix it up on transit

There goes the MTA bailout – CORRECTION