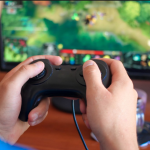 Having just extended nearly $1.3 billion in tax-funded giveaways to wealthy film and TV producers, New York lawmakers are ready to throw even more money at the entertainment industry.

For a second straight year, both the Assembly and Senate are moving towards end-of-session passage of a new class of “production tax credits” for music and digital video game producers. Modeled on the film and TV subsidy, the proposed credits would effectively provide music and digital gaming producers a cash reimbursement of up to 25 percent of their “below the line” costs.

Governor Andrew Cuomo vetoed last year’s almost identical version of the bill, which would have handed the music and digital media game industries up to $50 million a year. Unfortunately, as pointed out in this op-ed:

[Cuomo’s] brief veto message didn’t object to the tax credit in principal. Instead, after stressing his continued “support [for] the music and digital gaming industry,” he noted that the Legislature had approved the handout “without accompanying funding.”

Such funding, the message concluded, “must be addressed in the context of annual budget negotiations” — effectively inviting the industry to rewind and replay the credit push next year.

Cuomo did not include the new credits in his proposed Executive Budget, which did extend the Film Production Credit from 2019 through 2022. Nor did legislators succeed in adding new credits to the enacted budget.

Nonetheless, Assemblyman Joseph Lentol and Senator Martin Golden have not only reintroduced the 2016 measure, they’ve doubled the pricetag.  Allowable music and digital gaming production credits would now come to $100 million a year.  The latest version of the Lentol-Golden bill still doesn’t provide funding for the program—which should pose even more of a problem to the governor this year, since the revenue projections have dropped sharply and the budget picture is murkier. Not that a lack of money alone has ever stood in the way of a bad idea in Albany.

In an attempt to justify the subsidy, the sponsors’ memo of support once again echoes self-serving but thinly documented industry claims that music and video gaming are, of course, absolutely essential to New York’s future, but can’t survive without cash from taxpayers:

… The need for a functioning incentive program can be seen in that New York currently only generates a tiny fraction, estimated at less than four percent, of the $17 billion U.S., and less than two percent of the $55 billion global music production industry. Unfortunately, in digital gaming New York currently fares even worse, with only one percent of the U.S. $25 billion industry, and an insignificant blip of the $70 billion worldwide gaming industry.

What is truly disconcerting about these numbers is that New York is undoubtedly the home of the most creative individuals in the music industry, and graduates the finest game developers anywhere. We need robust and accessible programs to encourage these creative geniuses to work and perform in the State, for industries that have a potential for exponential growth both in Down and Up State.

To repeat a point first made in this space a year ago: substitute the name of another industry of your choice wherever “music” or “gaming” is mentioned, and you could make the same case for a giveaway to almost any business.

Freshly revised with technical amendments, Lentol’s bill is in the Ways and Means Committee, from which it could be quickly moved through Rules to the floor. Golden’s companion measure was in the Senate Investigations and Government Operations Committee. The Legislature’s readiness to pass this turkey again, at double the cost, suggests that the affected industries are strangely confident about their ability to change the governor’s mind.

At roughly the same time that the Lentol-Golden bill was getting technical amendment touch-ups in possible preparation for a last-minute push to the floor, so was another bill that would transform the existing Film Production Credit into a tax-funded affirmative action program for a segment of New York’s television industry. Specifically, it would allow credits for up to $50,000 per episode in currently ineligible television writer and director fees and salaries—but only for women and minority writers and directors. The fiscal impact is “to be determined” according to the memo of support from the bill sponsors, Assemblyman Marcus Crespo, D-Bronx, and Sen. Marisol Alcantra, D-Manhattan.

Crespo and Alcantra aren’t household names, but they are rising players: Crespo is chair of the Assembly Puerto Rican/Hispanic Task Force, and Alcantra is among the newest members of the Senate’s pivotal Independent Democratic Conference.

The Assembly version of the bill is in the Rules Committee, a step from the floor, and Alcantra’s same-as version is in the Senate Investigations and Government Operations Committee.