After a weak 2018, personal income growth matched or exceeded national averages in most parts of New York State in 2019, according to the latest estimates from the federal Commerce Department’s Bureau of Economic Analysis (BEA).

The growth trends in New York metropolitan statistical areas are illustrated in the table below. Note: measured by income growth, the top-ranking MSA in the state last year was Poughkeepsie-Newburgh-Middletown, up 5 percent, which ranked 57 out of 385 metro areas nationally, with Glens Falls and Utica-Rome also cracking the top 100. The slowest-growing area in New York was previously booming Ithaca, ranking 311 nationally. 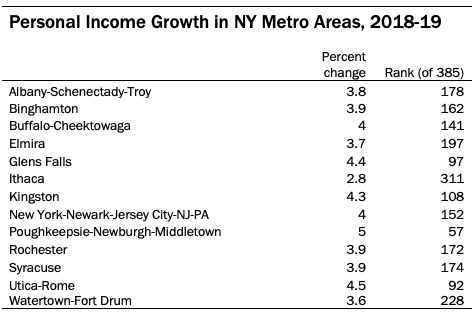 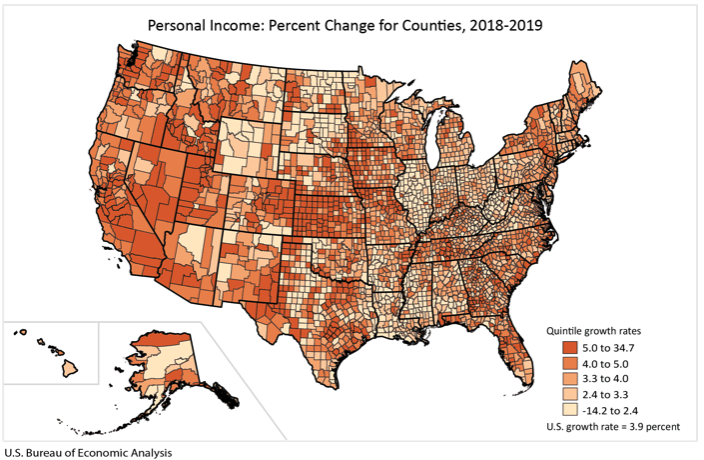 Personal income measures how much the residents of a given area have earned from wages and salaries, and from business proprietor receipts, royalties, rents and transfer payments such as social security benefits and pensions. Because it does not include capital gains, it does not fully reflect the wealth of any given locality. However, it is an important reflection of economic health, and especially of purchasing power.