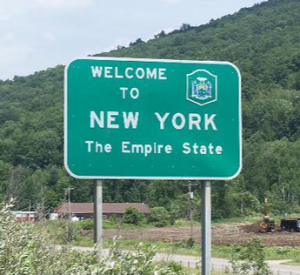 The GOP’s American Health Care Act includes age-based premium tax credits, ranging from $2,000 for people under 30 to $4,000 for people over 60 – reflecting the fact, in most states, that older people must pay much more for health coverage.

But New York is one of only two states, along with Vermont, that bans insurance companies from charging different premiums based on age. In effect, this rule compels younger insurance customers to pay more so that older customers can pay less.

The Affordable Care Act allowed insurance companies to charge their oldest customers as much as three times more than their youngest, reflecting the fact that medical expenses rise steeply with age. AHCA would loosen that rule, allowing a five-to-one ratio. Under current law, however, New York and Vermont have strict “community rating,” meaning that insurers must charge the same premium to all customers buying a particular plan, regardless of age or health status.

When combined with AHCA’s age-based tax credits, the result is a lopsided generation gap: For a typical insurance policy costing $5,000 a year, a 20-something would have to pay $3,000 of the premium, while a 60-something would pay only $1,000.

If AHCA becomes law – which is far from certain – New York would face a choice between changing its rules or living with the perverse consequences.

The ban on age-rating of health insurance dates back to a law signed by Governor Mario Cuomo in 1992. That law mandated both “community rating” and “guaranteed issue,” which prohibits insurers from denying customers based on pre-existing health conditions. In the absence of a mandate to buy insurance – or subsidies to lower the premiums – that 1992 law triggered a “death spiral.”

It meant higher premiums for healthier customers, some of whom dropped their coverage as a result. Left with a pool of sicker customers, insurers raised premiums further, leading more customers to leave, and so on. Premiums spiraled and the customer base plummeted.

The tax credits that currently apply under Obamacare are income-based. They are most generous to people with annual incomes just above the federal poverty line, or $12,060 for an individual, and taper down to nothing at 400 percent of poverty, or $48,240.

The proposed age-based tax credits would be flat for all incomes up to $75,000 for an individual, above which they would phase out.