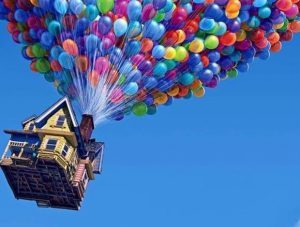 Despite lingering fears about cuts to health care in Washington, it’s worth noting that federal funding for the state’s massive Medicaid program is still on track to go up, not down, in the year ahead.

When Governor Cuomo raised an alarm last fall, the Senate had just narrowly rejected an Obamacare replacement plan that would eventually have cost New York an estimated $19 billion a year. The state still faced the loss of billions in funding for safety-net hospitals, for Child Health Plus (which covers some 400,000 low-income children), and for the Essential Plan (which covers some 700,000 low-income adults).

But the worst of last year’s threats did not come to pass, leaving financing for New York’s major programs more or less intact—at least so far.

Start with Medicaid. According to Cuomo’s budget proposal for 2018-19, the $68 billion health plan for the poor and disabled, which covers one in three New Yorkers, will receive a federal boost of $342 million, or 1 percent. If past budget proposals are any guide, that’s likely to be a conservative estimate.

The flow from D.C. to Albany continues growing because the Affordable Care Act’s Medicaid expansion—which significantly lifted federal payments to New York—remains in force after the demise of several GOP-sponsored alternatives.

To be sure, New York is losing hundreds of millions under Medicaid’s Disproportionate Share Hospital program—cuts that were enacted in 2010 as part of the ACA itself. Overall, however, the state expects to collect more Medicaid money from Washington in the next fiscal year than in the current one, even as enrollment remains virtually flat.

Also rising is federal aid for the state’s Child Health Plus program, which covers almost 400,000 low-income kids. The shutdown-ending deal in Congress on Monday included a six-year extension of funding for CHP. This means the 88 percent federal contribution to the program for 2018-19, worth over $1 billion, will grow in line with enrollment, which is projected to increase by 3 percent.

One program likely facing some loss of federal aid is the Essential Plan, which provides free or nearly free coverage to some 700,000 lower-income New Yorkers. But the exact impact is unclear, and the Cuomo administration says the plan will continue regardless.

Because of their broad eligibility rules, generous benefits and generally high costs, New York’s state-operated health plans have traditionally drawn a disproportionate share of federal aid. The state accounts for about 10 percent of federal Medicaid spending, for example, even though it represents just 6 percent of the population.

GOP leaders in Congress are still vowing to cut Medicaid and other programs in ways that would undoubtedly hit New York’s bottom line. Whether any such bill can pass the closely divided Senate is far from clear.

For now, New York’s status as a major beneficiary of Washington’s health-care spending is more or less undisturbed.