You’ve got to hand it to New York State United Teachers: the union maintains a remarkably straight face while arguing that the nation’s highest-spending schools and best-paid teachers are starved for funding.

After a statewide bus tour that made blatantly political use of public school buildings (and even young students), NYSUT has launched a digital marketing campaign that combines misleading spin with chutzpah in pushing for higher taxes on “millionaires and billionaires.”

NYSUT’s 30-second ad is titled “Fund Our Future: Broken Promises”—the “promise” in question being (in case you couldn’t guess) the higher state aid that would have been delivered by Governor Eliot Spitzer’s expansive “Foundation Aid” formula of 2007.

In fact, as of FY 2020, state school aid is up 19 percent in real terms over the FY 2007 level—even more than that on a per-pupil basis, after a period of steadily declining enrollment. But that hasn’t stopped NYSUT and its associates from demanding much, much more—another way of demanding more for union members, since most added school dollars inevitably end up in the pockets of teachers.

As seen on TV

The ad begins with generic footage of well-dressed men and women boarding a small passenger jet. Superimposed on the screen:

That claim is source-lined to a CNBC report, which in turn was derived from a study by a private wealth management firm defining “millionaires” on the basis of their assets—which would include real estate and retirement accounts. But by that measure, NYSUT itself represents tens of thousands of “millionaires,” since a typical career teacher’s pension is equivalent in value to a retirement account containing more than $1 million.

Measured by annual income—which is what the state actually taxes—the state as a whole is home to only 45,000 residents with incomes exceeding $1 million a year. Another 50,000 income millionaires living in other states file New York State tax returns because they earn at least a small portion of their income from jobs or business assets here. These filers form most of the top 1 percent, which pay 40 percent of the state’s personal income tax.

The NYSUT ad goes on to cite extremes of wealth and the “share of American wealth” supposedly owned by the wealthiest 400 Americans, which is irrelevant to New York State taxing and spending policies.

Then we get to the meat of NYSUT’s message: while the rich have gotten richer, “our kids have been hurt and our schools are owed billions”—the “billions” referring to the state aid that supposedly would have been spent under a formula that proved to be completely unaffordable.

This is followed by a man, identified in a caption as “Dan Dowling, Teacher,” gravely intoning:

“We’re not getting the funding that we need.” 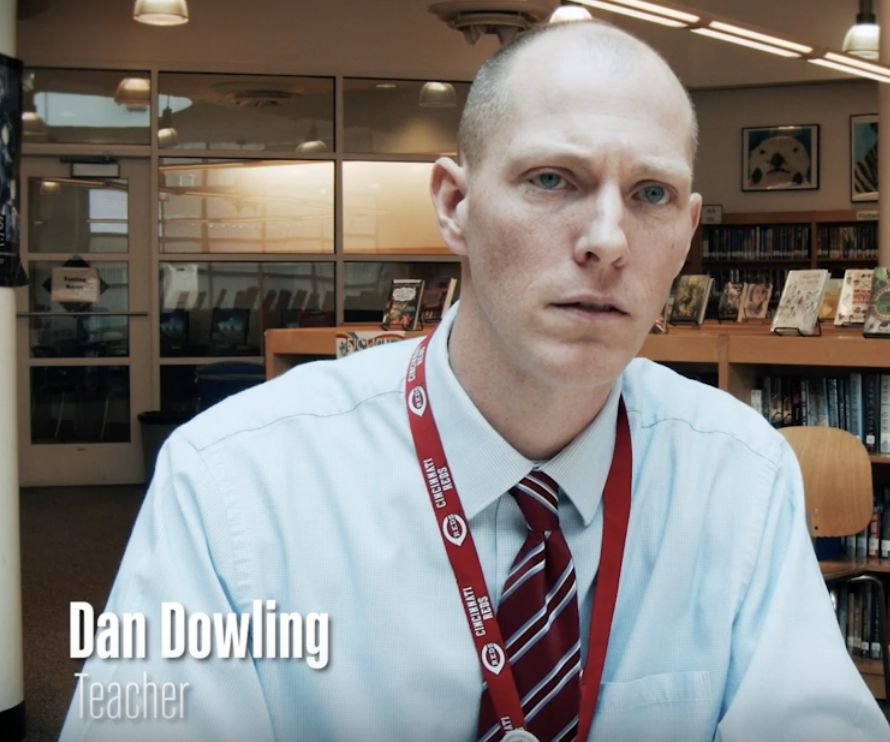 In fact, Dowling isn’t just any teacher. A quick web search reveals he’s the treasurer of NYSUT’s chapter in Long Island’s Port Washington school district, where he was paid $126,680 last year—close to the median teacher salary ($121,961) in a district that this year will spend $29,113 per pupil, more than double the U.S. average. Port Washington’s teacher union contract limits teachers to work the equivalent of 37 weeks out of the year while requiring the district to kick in 78 percent toward their health insurance costs.

What’s driving Port Washington’s “need” for more funding? To be sure, the district is growing. It’s one of just 100 (out of nearly 700) New York school districts where enrollment has grown since 2008-09, as the overall number of K-12 students keeps falling. But as is the case in virtually every district, Port Washington’s spending is climbing faster than enrollment.

The district is already slated to receive a 4 percent increase in general school aid under Governor Andrew Cuomo’s plan to hike aid by $826 million overall—a proposal NYSUT has derided, even while acknowledging the state faces a multi-billion dollar deficit.

If “more” isn’t enough for Port Washington, is “more” ever enough?