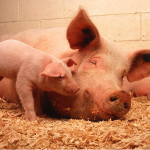 The latest version of the fiscal 2018 Capital Projects bill (A.3004D) would further fatten the State and Municipal Facilities Program (SMFP), bringing its total available funding to $1.64 billion, based on $1.925 billion in total appropriations over the last five fiscal years.

That’s a whole lot of bacon, even by New York standards—at a time when Governor Andrew Cuomo says his top priority is “to make sure we don’t overcommit ourselves financially.”

But wait—there’s more. The (apparently) final version of the Capital Projects bill —just passed by the Assembly—also does not include Cuomo’s proposed Executive Budget language boosting the transparency of legislatively sponsored capital expenditures from pork pots other than SMFP.

Pouring annual increments of $385 million into the SMFP trough, first created in fiscal 2014, has become an Albany budget tradition. The new appropriation would bring the total authorized for the program to $1.93 billion over five years, of which roughly $300 million has been spent. (For more background on the program, whose existence was first disclosed by the Empire Center four years ago, see links here, here, and here. For a more extensive critique, see my June 2016 op-ed in the New York Post.)

Also in keeping with tradition, no justification for the latest expansion of the program has been offered by the governor or the legislative leaders. As in previous years, the possibility of expanding the fund has never come up in public hearings, debates or briefings. The oddly repetitive addition of $385 million—as if $200 million wouldn’t be enough, but $500 million would be just too much—is also unexplained. Was someone’s spouse or favorite child born in March 1985?  Is 3-8-5 someone’s weekly Lotto pick? Or has “$385 million” become a quick shift-command key combination on some bill drafting computer?

Already, under current law, purposes for which SMFP money can be spent encompass practically anything that qualifies as “capital” (i.e., tangible structures or goods), including stuff purchased in support of the highly elastic category of “economic development projects.” Entities eligible to receive SMFP money include the state and its local governments; public school districts; colleges and universities; a wide range of public authorities; public libraries; and water, sewer and fire districts.

As if that list wasn’t long enough, the proposed 2017-18 Capital Projects bill language would further expand SMFP spending to include “the acquisition by eligible entities of equipment and other capital assets, including vehicles, in support of health, safety, technology, or innovation.”

The list of entities eligible to spend SMFP money also would be expanded under the new budget to include “special act school districts, schools for the blind and deaf and other students with disabilities subject to article 85 of the education law, and private schools for students with disabilities authorized pursuant to chapter 853 of the laws of 1976.” So, obviously, someone in the legislature has something mind here. Exactly what, as usual, is undisclosed.

At this point, the Legislature could save a lot of space in the SMFP appropriations section simply by listing purposes for which the money cannot be spent.

The SMFP money is raised through bond sales by the Dormitory Authority and ultimately controlled by the governor, subject to some tacit agreement with the Senate and Assembly that allows legislators to apply for chunks of money for projects in their districts.

As reflected in the searchable SMFP spending database at the Empire Center’s SeeThroughNY.net transparency website, the list of 1,266 projects to which SMFP funds had been allocated, as of last summer, was topped by well over $200 million grants to several of the SUNY Poly subsidiaries that figure prominently in the criminal cases brought by federal prosecutors in Manhattan.

Cuomo also has tapped the SMFP for comparative fun money, such as the $5 million handed to CBS for renovation of the Ed Sullivan Theater in Manhattan, where “The Late Show With Stephen Colbert” is taped. On the other end of the scale, SMFP allocations include numerous legislatively steered $50,00o awards to localities for such essential state purposes as “renovation of the bathrooms and locker rooms at the Oyster Bay Cove Police Department.” 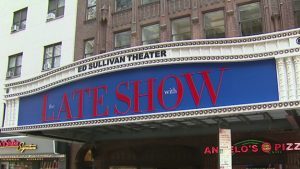