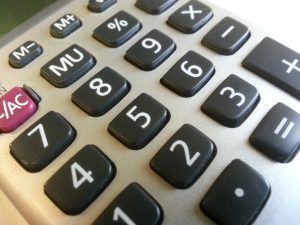 A federally mandated state takeover of local Medicaid costs – which some of New York’s representatives in Washington are continuing to push – would likely set up a three-way fiscal tug-of-war between upstate counties, the downstate suburbs, and New York City.

If lawmakers limit the takeover to counties outside the five boroughs, as the proposal provides, this would essentially force city taxpayers to cross-subsidize the rest of the state even more than they already do.

But if lawmakers opt instead for an all-inclusive takeover, New York City would stand to reap a significant windfall at the expense of taxpayers in its surrounding suburbs.

Most upstate taxpayers would save money either way, but their savings would be less if the city is included.

Using tax data from 2014, we calculated the percentage of the PIT that comes from each of the 57 counties and New York City. We allocated the cost of a Medicaid takeover by those same percentages under two scenarios – with the city carved out and the city carved in – then compared each county’s share to what it currently pays for Medicaid through local taxes.

The results – summarized in a spreadsheet here – show that the taxpayers of New York City would be lopsided losers if they were carved out, paying $936 million more while taxpayers in every other county pay less.

But it city taxpayers were included in the takeover, they would become even more lopsided winners, collectively saving $2.2 billion, while the taxpayers of Suffolk, Nassau, and Westchester pay hundreds of millions more. Also coming out behind, according to this analysis, would be Albany, Columbia, Dutchess, Ontario, Putnam, Rockland, Saratoga, and Tompkins counties.

Driving these wild swings is New York City’s unique combination of concentrated wealth and concentrated poverty. With 43 percent of the state’s population, it contributes about 50 percent of the taxes collected from state residents. At the same time, it accounts for 70 percent of state Medicaid spending – and its local share of the Medicaid budget has been correspondingly high.

To be clear, this analysis looks at the gains and losses for taxpayers in each jurisdiction as a group. The Medicaid takeover would also create winners and losers within each county as local property taxes would presumably decline and state-imposed taxes would increase.

Supporters of the federal takeover legislation – which was conceived by Representative John Faso (R-Kinderhook) and cosponsored by most other Republicans in the New York delegation – argue that the takeover can and should be implemented by cutting spending rather than hiking taxes.

They note that the non-New York City local share, at $2.3 billion, represents 1.5 percent of the state budget. If the city were included, however, the cost of the takeover – and the challenge of finding offsetting savings in the state budget – would more than triple, to $7.6 billion.