Nicole Gelinas — Manhattan Institute senior fellow, City Journal contributing editor and frequent blogger here — wrote a tough column in the New York Post yesterday, criticizing Governor Cuomo’s nomination of former Governor David Paterson for appointment to an open seat on the Metropolitan Transportation Authority (MTA) board.  The choice, Nicole said, was tantamount to “business-as-usual New York — on track to a crumbling transit system,” and she said Paterson deserved most of the blame for the disastrously costly contract arbitration award to the Transit Workers Union (TWU) in 2009. 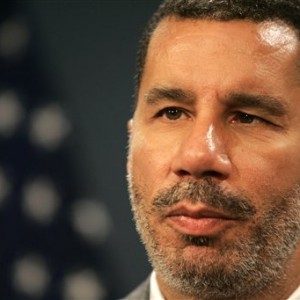 Paterson took exception — and, to his credit, invited Nicole to discuss the issue on his live afternoon radio talk show on WOR-710 in New York City.  The result is a fascinating 22-minute discussion (starting at the 5:10 mark of this link, downloadable as a podcast).

At the outset of the interview, the former governor said he actually agreed with one point in Nicole’s article: her contention that Paterson should have pushed to raise the transit workers’ retirement age, now 55 and untouched by Cuomo’s Tier 6 pension plan.  But the former governor took strong exception to her assertion that he had failed to take a strong position against a raise for the TWU, claiming he had publicly opposed raises for any public sector workers during the 2008-09 fiscal crisis.

Replying to another criticism raised in the op-ed, Paterson said it would have been a waste of time for him to have “spit into the wind” by seeking repeal of the law allowing contract impasses to be shunted to unaccountable arbitrators, because state legislative leaders had told him they wouldn’t do it.

Nicole, in response, pushed Paterson to say whether he would use his pending MTA board membership to advocate for a tougher collective bargaining stance. She said the MTA governance structure (a public benefit corporation run by a board controlled by gubernatorial appointees) is “perfectly set up so that nobody is politically accountable for transit.”

Paterson said it was ” fair statement … that things are often set up so that things appear to just happen, when actually they happened as a result of actions taken by legislators or even governors.”   However, he refused to say whether he would use his position on the MTA board to advocate for a tougher collective bargaining stance.  “If you had asked me about this last week (before Cuomo announced the appointment), I would have had a comment on it,” he said. “Obviously, this week, I’m in a place where I can’t comment on it.”

Which, of course, helped make Nicole’s point: if there’s any forum in which the people who oversee the MTA should be pressed to take frank stands on crucial issues, it’s the legislative confirmation process. If someone like Paterson can duck questions before he’s confirmed, he certainly won’t answer them afterwards.  And so, in the end, all involved will get to duck accountability for the next bad contract.

If state senators are paying attention, they should use the Paterson-Gelinas radio conversation as a starting point for the former governor’s confirmation hearings.

There goes the MTA bailout – CORRECTION