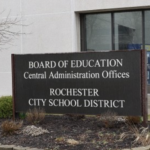 There’s good news and bad news about Rochester schools from a new study comparing the variation in educational quality within urban educational systems.

The good news: measured by standardized pupil proficiency scores, there’s only an 8.6 percentage point gap between a band of low- and high-quality schools in Rochester.

The bad news: even Rochester’s good schools—those in the 75th percentile—have the lowest proficiency scores among the 68 largest urban school systems in the country.

Those findings are from a new Manhattan Institute study, Quality Control: How School Performance Varies Within American Cities, by Marcus Winters, a senior fellow at the Institute and an associate professor at Boston University. As Winters puts it in his opening summary:

School quality doesn’t vary only between cities; it varies within cities. All parents know this, of course, and seek to enroll their children in the best schools. But parents face different scenarios in different cities.

In some cities, it doesn’t really matter which public school one attends; variation in quality is limited. This can be good news if most schools are decent—the case in Arlington, Virginia, for example. But it can be bad news in cities where most schools are dreadful—the case in Birmingham, Alabama. For parents in those school districts, the only way to improve their children’s situation is to move elsewhere or enroll their kids in private school.

Winters measured school quality based on the average percentage of the school’s students who scored proficient, or better, on statewide math and reading exams. The scores were made comparable through the SchoolGrades.org methodology, which is designed to standardize test results across the 50 states while accounting for differences in students’ socioeconomic backgrounds. The socioeconomic adjustment “ends up increasing the quality score for schools with large low-income populations, and it ends up reducing the score for schools that serve primarily higher-income students.”

This produced three numbers, representing the percentage of students achieving proficiency in schools at three quality levels: the 25th and 75th percentile, reflecting low and high quality respectively, and the 50th percentile, which would be the median.

Rochester actually looks worse than “dismal” Birmingham in two out of three of Winters’ measures. Only 6 percent of students in Rochester 25th percentile schools demonstrated proficiency, third lowest after the school systems of Kansas City (4.7 percent) and Detroit (5.5 percent). Rochester schools had the lowest student proficiency levels both at the 50th percentile and the 75th percentile (i.e., “good”).

Among other New York State schools rated in the study, Buffalo looked somewhat better than Rochester but New York City looked better than both, as illustrated by the chart below. 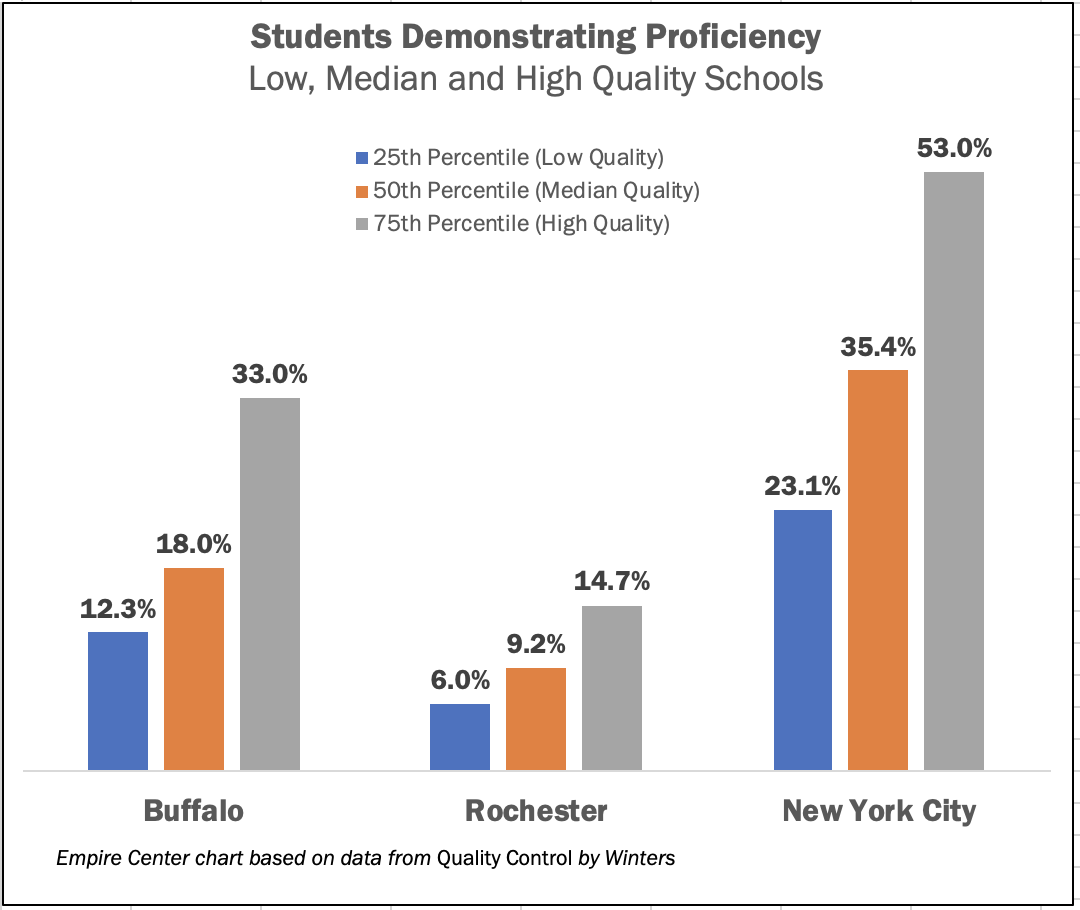 Winters novel methodology could be dismissed as overly complicated—but it’s entirely consistent with other performance measures indicating Rochester is the worst-performing of New York’s largest school districts.  Small wonder that Rochester’s mayor, with support from the Greater Rochester Chamber of Commerce, is seeking a November referendum designed to turn over the school district to state control.

But look on the bright side: when it comes to equality of outcomes, Rochester is first rate.