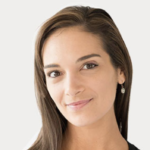 State Sen. Julia Salazar, a democratic socialist from Brooklyn, is backing an idea that could appeal to limited-government conservatives across New York.

The 28-year-old first-term legislator has introduced legislation (S.3061) establishing a multi-state compact that would bar member states from offering any “company-specific subsidy,” further defined as:

… including any change in the general tax rate or valuation offered or presented by the state to a specific company that is not available to other similarly situated companies and company-specific grants including any disbursement of funds, property, cash or deferred tax liability offered by the state to a specific company. The term “company-specific  subsidy” shall not include workforce development grants that provide funds for the purpose of training employees.

The sponsor’s memorandum for the “End of Corporate Welfare Act of 2019” breathlessly promises that banning company-specific subsidies “will eliminate secretive, opaque negotiations between government officials and corporate executives, which have  time and again transferred billions to corporations with little to show in return.”

Hype aside, Salazar’s bill language echoes one of the oldest provisions of the New York State Constitution—Article VII, Section 8.1, which bars the gift or loan of state money to “any private corporation or association or private undertaking.” As explained here, the gifts-and-loans provision was adopted in 1846 a few years after a wave of bankruptcies among New York railroads whose over-expansion had been financed by state debt. Over the years, however, the provision increasingly was bypassed by the spread of public authorities and economic development corporations.

Article VII, Section 8.1 all but officially became a dead letter in 2011, when the Court of Appeals upheld massive Pataki-era economic development subsidies benefiting, among others, two of the world’s leading computer corporations.

Salazar’s measure would, among other things, knock out a portion of Governor Andrew Cuomo’s pending deal to lure Amazon to Long Island City in Queens. While the bulk of the Amazon package involves state and city tax breaks that are “as of right”—i.e., not company specific but available to any private firm committing to a similar investment—it also includes a $500 million state capital grant that would qualify as “company-specific.”

First, it doesn’t explicitly ban company-specific or company-tailored financing (i.e., loans not available to firms on as-of-right basis) as well as tax breaks and grants.

A second flaw is the requirement for a multi-state effort, overseen by a “board of compact administrators” appointed by governors, which would make the subsidy ban effective once two or more states pass substantially similar legislation joining the compact. The bill actually devotes more language to the workings of this board, an incipient new regulatory bureaucracy, than it does to its simple prohibition on subsidies.

The multistate feature seems designed to address the likely complaint that, by abandoning company-specific subsidies, New York couldn’t compete for corporate investments. But why compete at all in what Salazar’s bill memo describes as a subsidy-waving “race to the bottom”?  She could improve her bill by scrapping the “compact” clauses and simply banning company-subsidies by the State of New York, period. In the process, she’d be going beyond the “database of deals” and other well-meaning but ultimately insufficient transparency reforms proposed by most critics of state economic development programs.

Salazar is by no means a born-again conservative—or, for that matter, even a moderate. Her campaign platform was a standard hard-left wish list of policy goals and slogans that would go a long way toward destroying what’s left of New York’s economic competitiveness, including higher taxes on the rich, tax-funded single-payer health care, more rent control, more bargaining leverage for government unions, and a cap on new charter schools, among other things.

Still, you’ve got to hand it to her: the freshman legislator has brought a genuinely fresh approach to an issue area that badly needs it.