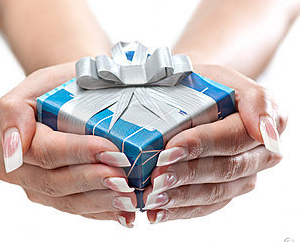 New York’s highest court has just ruled—not for the first time—that Article VII, Section 8.1 of the State Constitution does not mean what it seems to say in prohibiting gifts and loans of state money “to or in aid of any private corporation or association, or private undertaking.” Despite that clear wording, the court upheld the dismissal of a taxpayer lawsuit challenging recent state appropriations directly or indirectly benefiting, among others, two of the world’s leading computer corporations. As a result, as one of two dissenting judges put it, at this point “it is hard to see what is left of the constitutional prohibition.”

The majority opinion by Associate Judge Theodore Jones rested primarily on previous decisions in which the court held “an incidental private benefit” will not “invalidate a project which has for its primary object a public purpose.”

This incited an unusually sharp dissent from Judge Eugene Pigott, who wrote:

Unconstitutional acts do not become constitutional by virtue of repetition, custom or passage of time. But that is what the majority opinion holds today. The arguments made by these defendants are precisely the kind of claims that sully taxpayers’ view of our State government. It is unfortunate that the majority gives credence to those arguments and, as a result, deprives these plaintiffs – 50 New York State taxpayers who are attempting to exercise their right to air their grievances – of an opportunity to conduct the most basic discovery to support their claims.

Associate Judge Robert Smith “heartily joined” Pigott’s dissent.  Smith’s own concurring opinion, a concise critique of what passes for “economic development” in New York and most states, is here reproduced in its entirety (stripped of legal citations):

It is an illusion — one that seems to have the persistence of original sin — that prosperity can be attained by taking money from taxpayers and handing it to favored businesses. A recent article [in The Economist] restates well-established economic doctrine:

“The idea of government intervention to influence the composition of a country’s output has long been derided by economists for breeding inefficiency, reducing competition, encouraging lobbying and saddling countries with factories producing products nobody wants”

The New York Legislature’s devotion to this self-destructive practice is no small matter. Among the expenditures at issue in this case is one described by the State as a commitment of “$140 million to support the construction of a wafer packaging facility and continued research and development efforts” to a joint venture of which International Business Machines Corporation is a member. This expenditure, it is said, will “result in the creation of at least 675 jobs” and the “retention” of 1400 others. That works out to roughly $60,000 of State money per job. Another is an expenditure of $300 million to help an “international consortium of semiconductor manufacturers” expand a research and development program. This, we are told, will result in the creation of 450 jobs and the saving of 250 others: more than $400,000 per job. And the brief of defendant Global Foundries, Inc. discloses that the Legislature has appropriated $650 million to subsidize that company’s semiconductor manufacturing (an appropriation distinct, as far as I can tell, from the $300 million semiconductor subsidy described by the State). Global Foundries says that its manufacturing facility “is expected to employ more than 1,500 people, with an additional 5,000 jobs created by supplier firms” — implying a cost to the State of roughly $100,000 per job.

I seem to remember a time when IBM could make money by selling its products for more than it cost to produce them. I would have thought semiconductor manufacturers could do the same. If they cannot, a bail-out for their shareholders is not a prudent use of more than a billion dollars in taxpayer funds.

Of course, the New York Legislature, so long as it stays within constitutional limits, is free to disregard both received economic teachings and common sense. I have defended before, and will no doubt defend again, the right of elected legislators to commit folly if they choose. But when our Legislature commits the precise folly that a provision of our Constitution was written to prevent, and this Court responds by judicially repealing the constitutional provision, I think I am entitled to be annoyed.