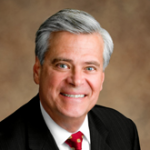 While the news media and public were distracted by the questions swirling around the future leadership of the Senate Republican majority, the Senate this week appeared to quietly fast-track a bill that would lock in tens of billions of dollars of unfunded lifetime health insurance coverage for police and firefighters.

Well, as Majority Leader Dean Skelos is alleged to have told his son, Adam, in a conversation wiretapped by the FBI, “I’m going to control everything … what legislation goes to the floor, what legislation comes through committees, the budget, everything.”

So if you take Skelos at his word, the leader is personally responsible for the Civil Services and Pension Committee’s vote Monday to report out S.3252 (Sanders), under which:

… a public employer shall be prohibited from diminishing the health insurance benefits provided to retirees and their dependents or the contributions such employer makes for such health insurance coverage below the level of such benefits or contributions made on behalf of such retirees and their dependents by such employer as of the effective date of this act.*

The committee moved the bill shortly after Dean and Adam Skelos were in a Manhattan courtroom, pleading not guilty to federal charges of extortion, fraud and bribe-solicitation charges. Since then, S.3252 has jumped to “third reading” on the Senate floor calendar — which means it could pass at any time and be sent to the even more labor-friendly Assembly.

The bill is expressly designed to hinder any effort by the state, New York City and other local governments to rein in health insurance expenses for retired cops and firefighters, who also collect generous, constitutionally guaranteed pensions.**  If S.3252 ever became law, local officials couldn’t attempt to get retirees to share a little more of their premium costs– not even the token Medicare Part B premiums that many of them currently don’t have to pay.

The problem with this approach was explained last year in my op-ed warning about a similar, somewhat broader bill the Senate then was considering:

Retiree health insurance (also known as other post-employment benefits, or OPEB) amounts to a $250 billion unfunded liability for the state, its public authorities and localities.

New York City’s share alone comes to $93 billion, according to its most recent comprehensive financial report.

And the cost for this isn’t covered out of multi-employer pension funds but out of current budgets. Beyond this year’s premiums, future New York taxpayers are on the hook for the rest — a quarter of a trillion dollars’ worth of benefits, due to flow for decades to come.

For much more on the retiree health care issue, see the Empire Center report, “Iceberg Ahead: The Hidden Cost of Retiree Health Benefits in New York.”

A 2013-14 variation on this bill, sponsored by Republican Sen. Andrew Lanza of Staten Island, would have covered all retirees other than school district employees, building on the unwise precedent created by a provision in then-Gov. David Paterson’s December 2009 Tier 5 pension bill. Paterson agreed to locked at least $38 billion of long-term retiree-health-care liabilities into school-district collective-bargaining agreements. Public-sector unions representing non-school employees have been seeking the same sort of “protection” for years, but earlier versions of the Lanza bill were vetoed by Govs. George Pataki, Eliot Spitzer and Paterson.

Although S.3252 is limited to public-safety employees, its financial implications would be nearly as enormous as Lanza’s all-encompassing proposal.  That’s because cops and firefighters typically retire early and collect full health benefits 15 to 20 years before shifting at age 65 to Medicare— at which point their publicly funded employer policy becomes the sort of supplemental policy most private sector retirees can only dream of.

The bill’s sponsor, James Sanders, Jr., is the ranking minority member of the Civil Service and Pension Committee.  He’s also a second-term Queens Democrat — about as low in the legislative pecking order as it gets. The circumstances suggest the bill ultimately is getting a push from the highest levels of the majority leadership.

Certainly no explanations were offered at the Civil Service and Pension Committee meeting, where the chairman, Sen. Martin Golden of Brooklyn, needed barely two minutes to run through a six-bill agenda including S. 5232.  The official vote tally recorded Republican senators Golden, Lanza and Sen. Pattie Ritchie of Heuvelton as joining Sanders and four other Democrats as voting “aye.” Apparently, these senators see no problem in tying the hands of local officials who might want to save money, and preserve vital services, by restructuring their growing retiree healthcare costs.

Three other Republicans –Senators Jack Martins of Mineola, Thomas D. Croci of Sayville and Robert G. Ortt of North Tonawanda –are recorded  in the official tally as “Ayes W/R,” or ayes with reservations. Those “reservations” are otherwise unstated, however.

Coming on the heels of former Assembly Sheldon Silver’s indictment, Skelos’ legal troubles have prompted a fresh round of journalistic hand-wringing over Albany’s supposed “corruption tax.”  In the long run, however, New Yorkers pay a much higher bill for the favors that legislators routinely — if honestly — are willing to do for powerful special interests.

* Oddly, the sponsor’s memorandum on file with LRS for S.3252 claims the bill continues retiree health benefit levels in effect as of May 2008. It looks like Sanders’ office simply lifted the memo language directly from some previous version of this measure. Because when billions of dollars are at stake, what’s a few years between friends?

** Outside New York City, the financial stakes of locked-in retiree healthcare deals for cops are highest for Skelos’ own heavily burdened constituents in Nassau County.