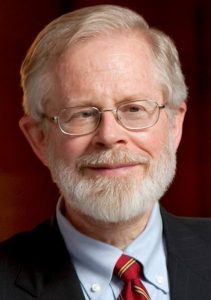 The already extraordinary cost of a proposed state-run single-payer health plan jumped even higher this week when the chief sponsor, Assembly Health Chairman Richard Gottfried of Manhattan, announced that it would be expanded to cover long-term care.

In testimony to the New York City Council on Thursday, Gottfried estimated that the change would add about $19 billion, or 14 percent, to the plan’s projected price tag of $139 billion.

The scale of the necessary tax hikes would grow from 156 percent of current state revenues to 177 percent.

Long-term care refers to services provided to the elderly, chronically ill and disabled, mostly by nursing homes and home health providers. Such care can cost hundreds of thousands of dollars per year, rapidly draining the savings of all but the wealthiest families. Many patients soon become eligible for coverage by Medicaid, the state-federal health plan for the poor.

The majority of long-term care costs, or some $40 billion a year, are already covered by government health plans, primarily Medicaid. Under Gottfried’s modified proposal, the newly-established single-payer plan would absorb those costs along with additional costs currently being paid out-of-pocket by patients and their families. His bill previously called for adding long-term care benefits in the future, but left the details to be determined in years ahead.

Gottfried’s New York Health Act – which is sponsored in the Senate by Gustavo Rivera of the Bronx – calls for the imposition of new taxes on payroll and non-payroll income, but does not specify the rates or income brackets.

In its fiscal analysis of the plan this summer, the RAND Corp. projected the impact of financing an added long-term care benefit through the tax on non-payroll income, such as capital gains, dividends, interest and the taxable portion of pensions.

Under this scenario, New York’s top marginal rate for non-payroll income, including the state income tax, would climb above 33 percent. For those subject to New York City’s local income tax, it would rise to 37 percent.

With or without the addition of long-term care, the RAND report warned that wealthier residents could respond to these high rates by sheltering their income or moving out of state. If just 0.5 percent of taxpayers were to leave, the state’s single-payer budget would fall short by $33.5 billion, the report found.

All of RAND’s estimates are based on dubious assumptions – such as the federal government granting multiple unprecedented waivers – meaning the actual costs and tax rates could be significantly higher.