New York State’s 2010-11 2011-12 fiscal year appears to be off to a good start. Tax collections for the first quarter of the year were nearly $800 million above Governor Andrew Cuomo’s initial budget projections, according to the June cash report posted today by state Comptroller Thomas DiNapoli. 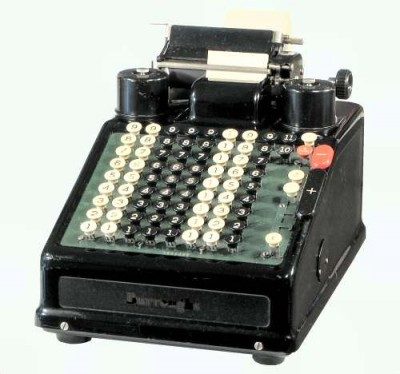 On the other side of the ledger, disbursements for April through June appear to have been about $1 billion below projections.  Significantly, this includes lower-than-forecast spending of $260 million on Medicaid, an area over which the governor now (temporarily) enjoys unprecedented administrative control. The spending figure needs to be taken with a grain of salt, however.  DiNapoli said spending was below projections “primarily because of the timing of local assistance payments.” County executives around the state already have been complaining that Cuomo’s Division of the Budget (DOB) has been slowing down aid payments to an extraordinary degree.

The big increase in business taxes, which were 32 percent above forecast for the quarter, also doesn’t necessarily imply much for the rest of the year, since the monthly numbers can be distorted by audit settlements with large firms. Sales and use taxes, meanwhile, were 0.7 percent above projections for the quarter, and 1.6 percent for June.  This is nice, but also about what would be expected, given DOB’s normal practice of low-balling revenue estimates.

The real bellwether item in the cash report is the personal income tax (PIT), the state’s largest revenue source.  Collections in this category for the start of fiscal 2011-12 were up nearly 5 percent over the budget forecast, both for the quarter as a whole and for the month of June.  But that number incorporates one trend that is probably unsustainable, and another that is grounds for concern.

Probably unsustainable: Estimated taxes, paid by the wealthiest New Yorkers on investment income and business profits. were up 35 percent over the 2010 level for the first fiscal quarter, compared to a 22 percent growth rate the governor’s Budget Division has projected for the entire fiscal year.  Estimated taxes can be a backwards-looking economic indicator, since taxpayers generally base their initial payments on what they earned last year.

Grounds for concern: First-quarter withholding taxes — the largest category of PIT receipts, comprised of what’s regularly skimmed from paychecks — rose an anemic 1 percent over the same three-month period in 2010, suggesting weaknesses in hiring and job creation trends.  The budget forecasts withholding tax growth of 1.8 percent for the entire year.

Applied to the entire year’s forecast, an added 5 percent bulge in net PIT receipts would translate into $1.9 billion, enough to wipe out a large chunk of next year’s projected $2.4 billion budget gap.

But that seems unlikely to happen, given the increasingly gloomy macro-economic outlook.  As DiNapoli noted, “The Blue Chip consensus economic forecasts for growth continue to be revised downward.”  Wall Street, which has played such a disproportionately large role in New York’s revenue trends, has begun to shed jobs amid lower profit forecasts.

“Revenue collections in the first quarter were strong, but our fiscal health is tenuous,” DiNapoli said. “We received the last of the significant federal stimulus funding in June, and the temporary PIT surcharge ends in the third quarter this year. The federal debt limit crisis, weakness in the housing market, and international financial and political instability continue to pose threats to the recovery. The Blue Chip consensus economic forecasts for growth continue to be revised downward. State leaders need to focus on diversifying our economic base, creating jobs, and rebuilding reserves to prepare the state for any fiscal difficulties ahead.”

Senate Majority Leader Dean Skelos issued a statement calling the numbers “encouraging,” adding the obvious: “we must continue to monitor this situation over the next six months.”

“If this positive trend continues, the Governor and State Legislature should focus on cutting taxes so businesses across the state can use the resulting savings to create new jobs, grow their companies and invest in New York,” Skelos said. Now there’s a thought.