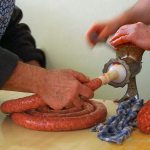 Based on initial descriptions, the delayed end-of-session “big ugly” package deal announced Tuesday afternoon by Governor Andrew Cuomo and legislative leaders is simply confounding on the subject of property taxes.

Although Cuomo and Senate Republicans both said they wanted to make the state’s 2 percent property tax cap permanent, the cap apparently will be extended only temporarily.

This was basically the default result, since the original 2011 law effectively provided that the cap would either expire in mid-June 2016 or remain in effect for as long as rent control laws were renewed—which, pursuant to another part of the deal, will reportedly be for four years, or until June 2019.

There are two big remaining unanswered questions that will clarify whether the outcome can be seen as an acceptable or terrible one on the tax-cap front:

First, will the final deal maintain a one-year lag between the rent control expiration date and the life of the tax cap, which would at least push the cap’s next expiration until 2020? (This Newsday story indicates, encouragingly, that it will.)  If the lag isn’t there, the cap could be more easily killed in the cloud of smoke that inevitably covers the next round of rent regulation negotiations.

Assuming the lag is maintained, property owners—businesses and homeowners alike—at least would be assured of five more years of continuing savings, compared to the un-capped norm of previous decades. And as taxpayers across the state get even more used to the protection provided by the cap, it will become a taller political order for public employee unions and local governments to riddle it with loopholes, as they’ve been trying to do.

Second, will the cap contain added loopholes? The leaders indicated at their press conference that there will be some changes, but wouldn’t share details.  That would not be good.

The details on this count almost don’t matter, since both the circuit-breaker and the rebate simply amount to more pain-dulling medication on top of the $3.3 billion School Tax Relief (STAR) program. The tax cap is far more important–and there are plenty of far better ways to deliver $1.3 billion in tax relief.