Forty-nine school districts* were seeking to override the state’s new property tax cap in yesterday’s school budget votes. Of those, our review of regional media coverage suggests 30 districts* passed an override, while 19 districts voted their budgets down. Seven of the proposed overrides failed to collect even 50 percent of the vote.

The table below shows each district along with unofficial vote tallies. 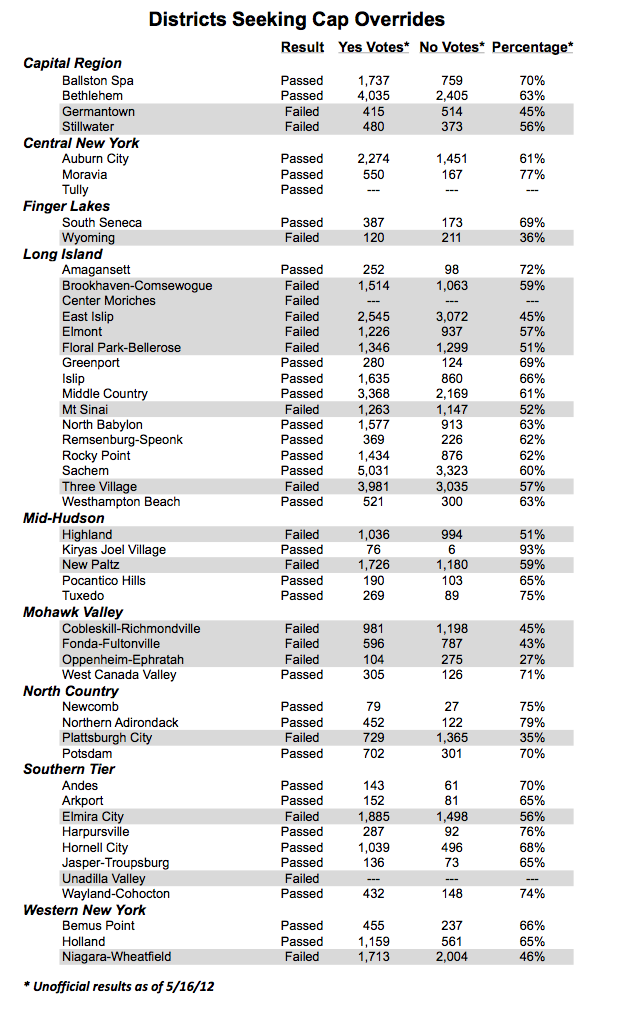 Overall, 24 proposed budgets were voted down across the state. The five districts that did not propose overrides, but failed are listed below:

Districts now have the option to submit a new budget to voters (revotes will be held on June 19, 2012), or to implement a contingency budget, which would limit the district’s levy increase to zero.

* As summarized in this release, the New York State School Boards Association counted 48 school districts as proposing budgets exceeding the tax cap, and said 29 had passed.  Our numbers are based on the original estimates included in the School Property Tax Report Card, but NYSSBA may be working off more recent revised numbers.