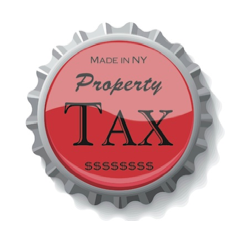 It’s no surprise that some New York’s local governments are choosing to override the state’s new property tax cap.  The real news is that the vast majority — so far — apparently are managing to live within it.

After all, Governor Andrew Cuomo did not combine his tax cap with any meaningful relief from state mandates.  As a result, municipalities remain limited in their ability to reduce labor costs without disruptive layoffs.  Making matters worse, the past several state budgets have stealthily shifted a larger share of mandated social services costs to the county level.  County leaders also say the Cuomo administration is creating cash flow problems by slowing down reimbursements to counties for services partially dependent on state and federal funding.

Meanwhile, the cap is chronically misreported in at least one respect.  While the new law limits annual increases in property tax levies to a maximum of 2 percent, the cap in practice will typically be closer to 3 percent — and, in many municipalities, over 4 percent — once allowances are made for the new construction “growth factor” in local property tax bases and for a partial exclusion of rising employee pension costs.  Unfortunately, you won’t discover this from reading most news accounts of the cap’s implementation.

While relatively few local governments have voted to override the cap, some recent media coverage has spotlighted the exceptions — “act[s] of legislative rebellion,” as they arecharacterized in today’s New York Times.  For the politics-obsessed press corps, the lese majesteangle is irresistible. Cuomo touted the cap as the answer to high taxes, but some local officials are thumbing their noses at the powerful and popular governor by exercising their right to override the new limitation.  Smack!

To the extent that Cuomo oversold the cap, he was asking for trouble. Many New York property owners who assume their taxes will never again rise by more than 2 percent a year are bound to be disappointed.  In fact, the cap on its own was not (and could never have been) a panacea.  It was not a journey in itself but, as Cuomo himself described it, a “step” in the right direction.  Above all, the cap can be most valuable as a catalyst for structural change, including changes the governor himself has resisted proposing.

Local officials should seize on the tax cap’s implementation as a teachable moment — an opportunity to focus public attention on how state mandates (especially labor-related mandates) are inexorably driving up their costs.  For taxpayers, the cap also is a learning opportunity — a compelling new reason to inquire into local budgetary priorities.  Unfunded state mandates are a real issue, but they shouldn’t become an all-purpose excuse for bad management.

The paper of record’s perspective

Today’s Times article (picked up and given front-page play in the Albany Times Union) begins:

“A much-heralded cap on property taxes championed by Gov. Andrew M. Cuomo is encountering resistance as some communities across New York chafe at what amounts to a restriction on their spending and seek to exempt themselves from the new limits.”

The lead implies that local officials have a burning desire to spend more, which is not accurate. The “chafing” is really about the implied restriction on their ability to raise revenues. The problem is better summarized in the article’s next paragraph:

The communities, which include affluent New York City suburbs and rural communities near the border with Canada, are declaring that they cannot restrain the growth of property taxes and still comply with a variety of state-mandated programs and provide the services residents expect.

So, what’s going on out there?  The Times highlights two examples in particular: the town of Bedford in central Westchester County, and Chautauqua County in western New York.  There’s more going on than meets the eye in both cases, as it turns out.

In Bedford, the Times reports, “town officials said a $22 million bond offering for a new water filtration plant forced their hand when it came to overriding the cap.”

Wait a minute, though: this report indicates that the Bedford water plant will be financed by water fees, which are not subject to the cap.  Since the town board recently voted to exceed the cap before finishing its budget, the impact of water plant debt service on next year’s proposed tax levy is not clear.

This much is clear: as shown in the Empire Center’s annual compensation report, the town of Bedford pays its employees some of the highest salaries in the lower Hudson Valley –an average of $114,094 for police, and $63,807 for everyone else.  Just last year, in fact, the town and the police union agreed to a four-year contract, retroactive to 2009, that raised salaries by nearly 9 percent.  Town Supervisor Lee Roberts said the contract was a good deal because it featured a pay freeze in its first year.  However, as this local news article points out, Bedford cops were given increased longevity increases, and “the town will make moderate increases in the amount it contributes to officer life and eye insurance premiums and uniform cleaning allowances.” And Bedford cops will continue to contribute nothing — zero — to their health insurance premiums.

Supplying the Times with a snappy quote about Cuomo’s “tone deaf” and “disingenuous” tax cap was a political lay-up for Supervisor Roberts.  But if she wants to score points that can really matter in the long run, she should be willing to get more specific — demanding to know, for example, why the governor is not proposing a law setting a statewide minimum for employee contributions to health insurance premiums, as recommended three years ago by the stateLundine Commission, and as recently adopted (in different forms) by the neighboring states ofNew Jersey and Massachusetts. That would save Bedford, in particular, a lot of money.  The town would also benefit from a reform of the state’s current compulsory arbitration law, since the prospect of a generous arbitration award is what often drives towns to capitulate prematurely to unaffordable contracts with their police unions.

The Times article also prominently cites Chautauqua County Executive Gregg Edwards, the 2010 Republican candidate for lieutenant governor, who is bitterly lashing out at the tax cap as a “scam.”  Edwards’ situation, too, is more complicated than the article lets on.  He has been involved in a running battle with his local state legislative delegation over the county’s sales tax rate, which in recent years has been dropped (over the executive’s objections) from 4 percent to 3.75 percent, and which is scheduled to decline to 3.5 percent next year.  Chautauqua County’s revenues have been further sapped by the elimination of county sales taxes on home heating fuel, and by an agreement (under duress, at the insistence of a former Assemblyman William Parment) to begin sharing a portion of its sales tax with localities.  In effect, the rising property tax is backfilling the loss of sales tax revenues.  As reflected in this Jamestown newspaper editorial, the dispute is a messy one, to say the least. But it doesn’t say anything in particular about the tax cap.

Then there’s Albany County.  As the Times notes, the county government in the state capital is proposing an incredible 19 percent property tax increase.  Albany’s fiscal situation is also complicated, stemming in part from a battle between the Legislature and outgoing County Executive Michael Breslin over the executive’s failed attempt to shut down a money-losing county nursing home, which has been a political patronage trough for generations.  The current chairman of the County Legislature — now running unopposed to succeed Breslin — claims the tax hike proposal reflects “the dire financial crisis that Albany County and indeed municipalities throughout our nation are facing,” but the problem has been greatly compounded by the Legislature itself.

Meanwhile, the Times article overlooks larger counties whose proposed budgets are all within the cap, including Erie (where the property tax levy in the proposed budget is up 1.1 percent), and Westchester and Suffolk counties (both proposing tax freezes).  In each of those situations, fiscally conservative local leaders didn’t need Cuomo’s encouragement to push back against the spending tide.  For example, Westchester County Executive Rob Astorino and Suffolk County Executive Steve Levy both are trying to pressure recalcitrant unions into contributing to their currently free health insurance.  Erie County Executive Chris Collins, frequently at odds with his local unions and now locked in a tough re-election battle, is planning another round of layoffs to keep his budget balanced.

In sum, the tax cap is incidental to broader issues and problems.  Some were undoubtedly made worse by local mismanagement and miscalculations.  Others will never be resolved without Albany’s help.

Bigger fireworks will come early next year, when school districts begin rolling out proposed budgets under the shadow of a tax cap provision that will give voters the power to veto any property tax hike.