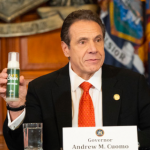 As they struggle to contain the coronavirus outbreak on the eve of their budget deadline, the state’s elected leaders have run out of good options for dealing with Medicaid.

Word from the Capitol is that Governor Cuomo and the Legislature – leery of continuing to meet as the virus spreads, especially after two members were infected – are hoping to pass their annual spending plan as soon as Friday, March 20, 11 days ahead of schedule.

This is the latest installment in a special series of #NYCoronaVirus Chronicles by Empire Center analysts, focused on New York’s state and local policy response to the Coronavirus pandemic.

A major stumbling block is Medicaid, the state-run health plan that covers one out of three New Yorkers. Cuomo’s budget proposal calls for trimming state spending on the program by $2.5 billion, or 10 percent, but he delegated details to his Medicaid Redesign Team, which isn’t due to report back until Thursday, March 19.

Translating that panel’s proposals into final legislation by March 31 was going to be a massive challenge. Making it happen in 24 hours – with no time for careful debate, let alone public input – should be unthinkable.

On the plus side, the state is due for a hefty influx of federal aid under an emergency relief package agreed to late last week by House Democrats and the Trump administration. If approved by the Senate, the bill would add 6.2 percentage points to the federal reimbursement rate for Medicaid, which would be worth an additional $4.5 billion per year to New York.

But Albany should not view that money as a windfall for plugging budget holes. First, the state will need much if not all of it to cover the direct cost of its coronavirus response. Second, the extra aid will flow only as long as President Trump keeps his emergency declaration in effect – meaning it could stop at any time. A budget balanced on temporary, uncertain revenue is not properly balanced at all.

So what are lawmakers to do?

Summarily chopping Medicaid – especially in a last-minute rush – would run the risk of weakening the health-care system just as it faces a possible onslaught of critically ill patients.

The final option is doing nothing – punting Medicaid reform into the indefinite future. That would leave the state reliant on a dysfunctional, wasteful system in the throes of a public health crisis.

Yet that might be the least of the available evils.

It’s worth remembering that delaying hard choices is what created this predicament in the first place. An unexpected spending surge first threw Medicaid out of balance in the summer of 2018, yet the Cuomo administration failed to publicly acknowledge the problem or take action. Instead, the governor took steps that made things worse, such as ordering a surprise rate increase for hospitals and nursing homes and secretly delaying $1.7 billion in payments from one fiscal year into another.

If the governor had convened his redesign team last year instead of last month – when he and the Legislature still had the bandwidth available to focus on the complexities – the state would have had at least the beginnings of a viable Medicaid budget when the pandemic struck.

Now, Cuomo is faced with a crisis that he could not have seen coming – and which understandably dominates his time – and he and the state are paying a price for procrastination.

As they struggle to contain the coronavirus, Gov. Cuomo and the Legislature have run out of good options for dealing with Medicaid.