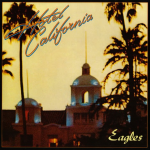 For a second consecutive year, the state Assembly is poised to pass a union-backed bill that would make it harder for New York government employees to opt out of union membership. This time, at least, it may be debated first.

During the daily reading of the consent calendar for Assembly floor votes yesterday, A7601/S5778 was “laid aside,” indicating at least one member plans to question the measure’s sponsor before the bill is voted on again.

The bill passed the Assembly by a 131-4 vote with no debate last June, but failed to pass in the state Senate. Now pending on the Senate’s floor calendar, it would need to be passed again in the Assembly before it could be sent to Governor Andrew Cuomo’s desk. The Assembly and Senate could each take up the bill as soon as Monday, March 26.

Sponsored by Senator Marisol Alcantara (IDC-Manhattan) and Assemblyman Peter Abbate (D-Brooklyn), the bill is designed to make up for the loss of revenues government unions anticipate if the U.S. Supreme Court rules in Janus v. AFSCME that workers can’t be forced to pay union agency fees.

Under current law, state and local government workers can inform their employers at any time that they wish to withdraw from union membership. Non-members instead pay agency fees in lieu of union dues.

The Empire Center last year sounded the alarm that the measure was a stealth attempt to pressure more workers into joining unions and then make it more difficult for them to change their mind (trapping them into paying dues in an inescapable “Hotel California” arrangement). The bill is an extreme measure that would force workers to subsidize union political activity with which they may disagree—something the Legislature has never done before.

Apart from its negative impact on workers, the bill would place an unfunded mandate on school districts and local governments, which would have to put people through union pressure-sessions on the clock. And it would require public employers across the state to enforce the terms of membership agreements to which the employer itself wasn’t a party.

Albany has also been awash with false claims mischaracterizing the Janus case itself. New York’s government unions have presented it as an existential threat, despite the fact that virtually all of them were created—and thrived—at a time when 100 percent of their funds were paid voluntarily.

Senator Alcantara said the ruling “could take away the bargaining rights of thousands of public sector workers,” and Michael Mulgrew, head of the New York City teachers union, said the Janus case was a bid to “take away people’s ability to come together, to stand up and have a voice”—except the case has nothing to do with the collective bargaining process. And Governor Andrew Cuomo in January said the case sought to “effectively end public labor unions,” which earned him his first-ever “False” rating from Politifact.

If the U.S. Supreme Court rules for Janus, 1.2 million New Yorkers will have a choice about whether or not to pay the particular union that represents their workplace. In considering the Alcantara-Abbate bill, state lawmakers will have to decide whether that’s such a bad thing.