Governor Cuomo frequently has cited a decrease in unemployment rates as evidence that his economic development policies are working. But the unemployment rate, in particular, can be greatly misleading as an indicator of economic growth—or the lack of it. To understand why, it’s important to consider how these statistics are gathered and calculated.

The U.S. Bureau of Labor Statistics estimates New York’s unemployment rate based on a statistical regression model that primarily relies on the Current Population Survey (CPS). Conducted in-person or via telephone, the CPS reaches about 3,100 households in New York State every month. Respondents are asked a series of questions to determine how many persons in their household are employed in a paid job, and how many are jobless and looking for a job but unemployed. The labor force is the sum of employed and unemployed persons, and the unemployment rate is percentage of the total who are unemployed. In terms of geographic distribution, resident employment and unemployment statistics are based on where workers live, while “payroll” employment statistics are based on where jobs are located.

The following charts are derived from the latest available state Labor Department estimates of the labor force, the number of employed residents, and the number of unemployed residents for New York’s regional labor markets. The data are not seasonally adjusted; however, minimizing seasonal variations, all estimates are for the same month (August).

Since their summer 2012 peak, the upstate and downstate unemployment rates have both moved sharply downward—but for sharply different reasons.

Downstate, the drop in unemployment during the recovery period under Governor Cuomo has been driven by an increase in resident employment (the red line), even while the number of people seeking work (the blue line) was also rising. Specifically, according to New York’s Local Area Unemployment Statistics, the downstate resident labor force increased by 289,000 people from August 2010 to August 2018—but the number of employed people in the region increased almost twice as much, by 576,000. 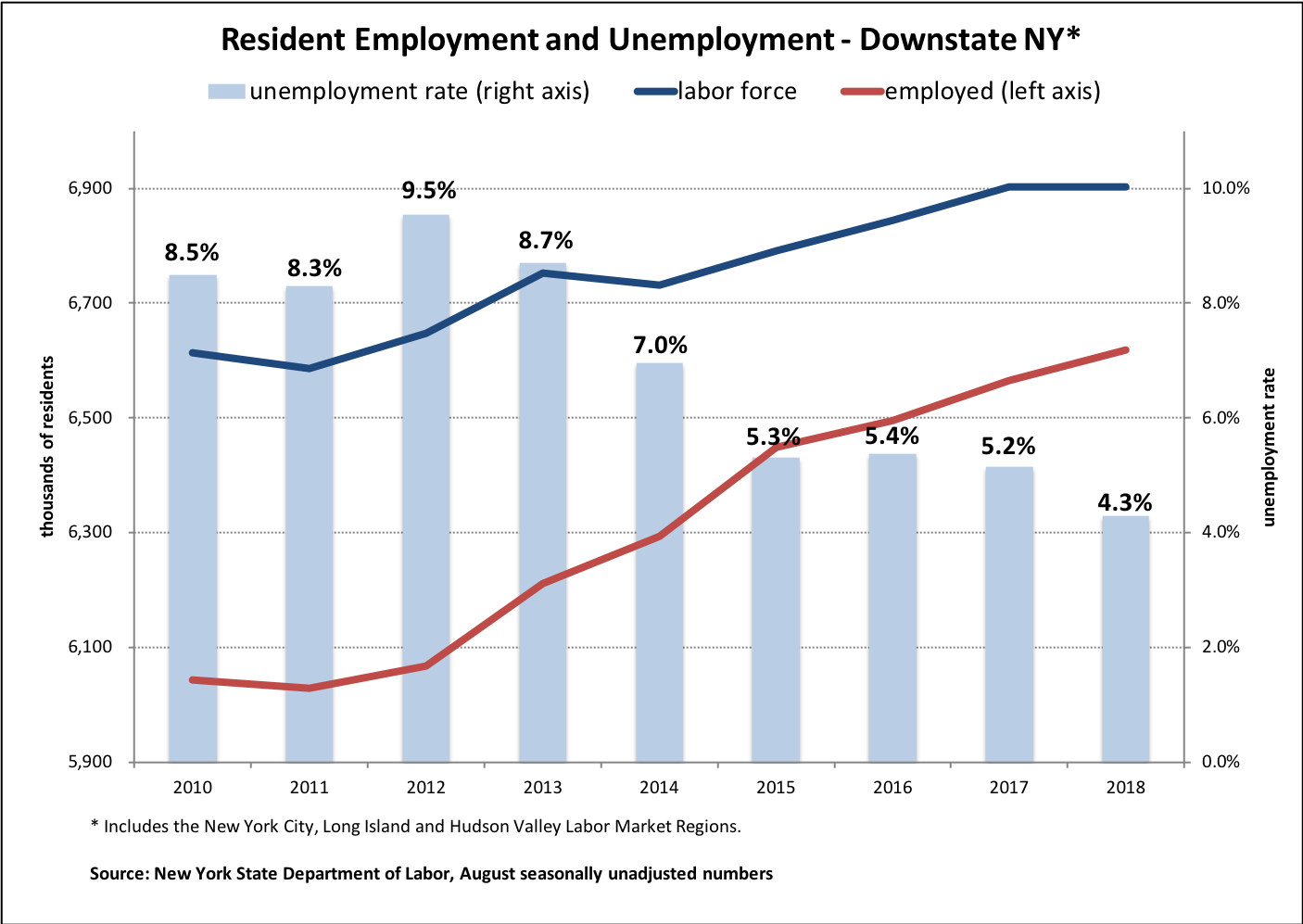 But the picture is quite different upstate, where the same government data indicate that resident employment in 48 counties (the red line) dropped by a combined total of 87,500 from August 2010 to August 2018. The unemployment rate nonetheless decreased because the labor force in those counties (blue line) decreased by 210,100 people. 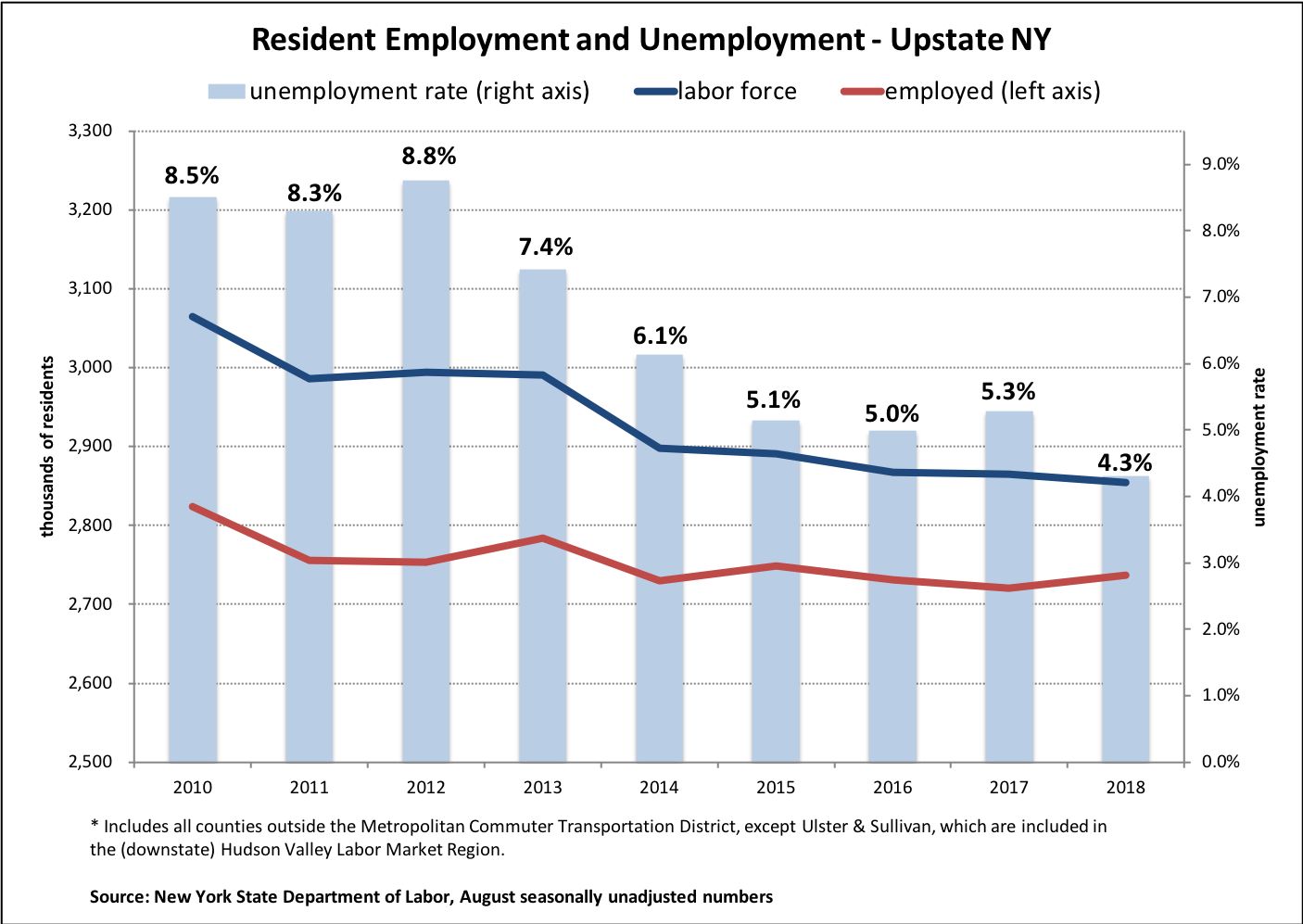 The wrong way to help workers