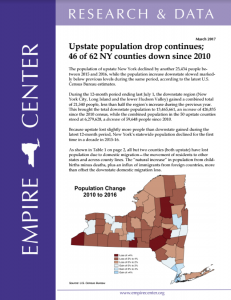 The population of upstate New York declined by another 23,434 people between 2015 and 2016, while the population increase downstate slowed markedly below previous levels during the same period, according to the latest U.S. Census Bureau estimates.

During the 12-month period ending last July 1, the downstate region (New York City, Long Island and the lower Hudson Valley) gained a combined total of 21,540 people, less than half the region’s increase during the previous year. This brought the total downstate population to 13,465,661, an increase of 426,835 since the 2010 census, while the combined population in 50 upstate counties stood at 6,279,628, a decrease of 59,648 people since 2010.

Because upstate lost slightly more people than downstate gained during the latest 12-month period, New York’s statewide population declined for the first time in a decade in 2015-16.

As shown in Table 1 below, all but two counties (both upstate) have lost population due to domestic migration—the movement of residents to other states and across county lines. The “natural increase” in population from childbirths minus deaths, plus an influx of immigrants from foreign countries, more than offset the downstate domestic migration loss. 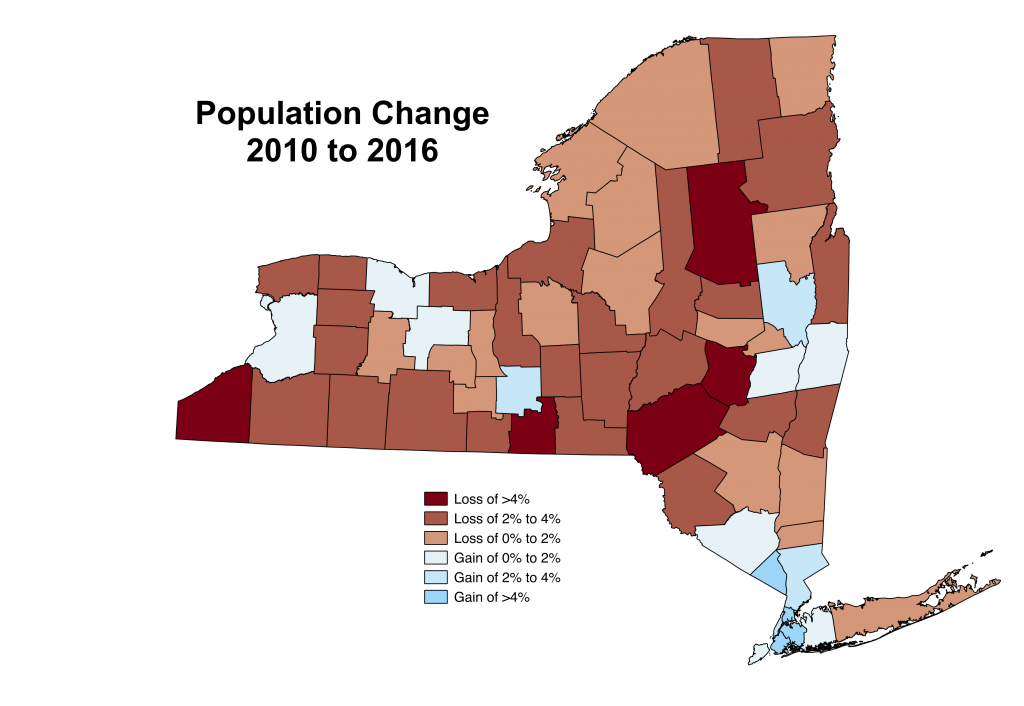 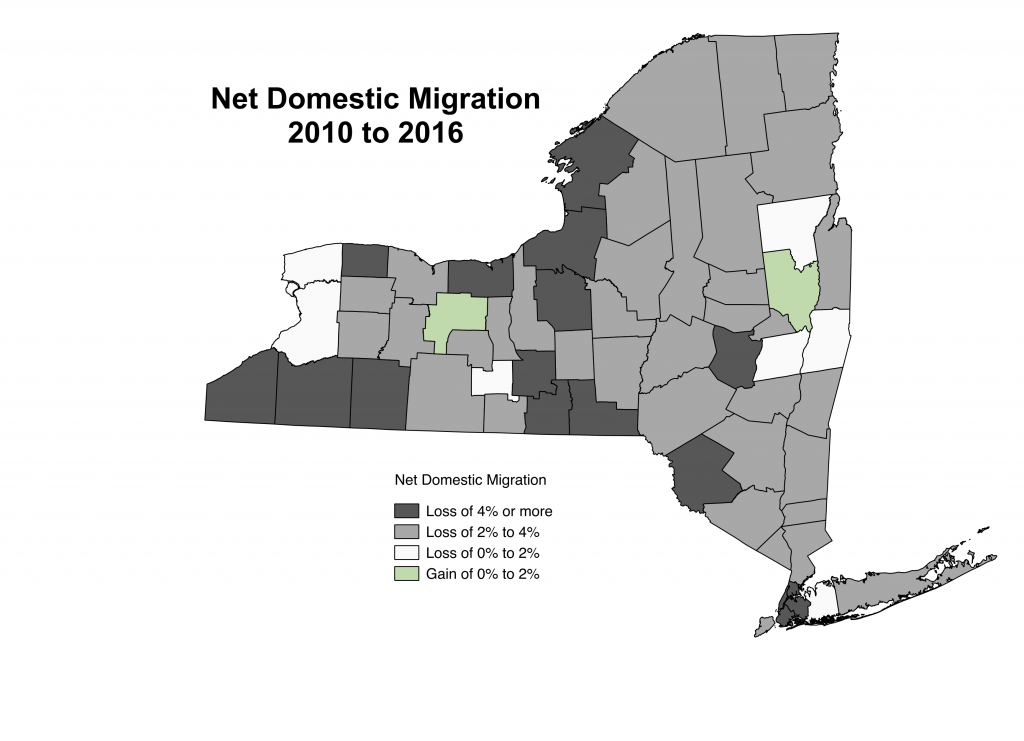 Cheap, Reliable and Renewable Energy: New York Can’t Have It All