Funding gaps do exist, such as the striking disparity between Jericho and Westbury, neighboring districts on Long Island, as recently spotlighted by the Wall Street Journal.

Looking at the totality of school spending across the state, however, different patterns emerge. 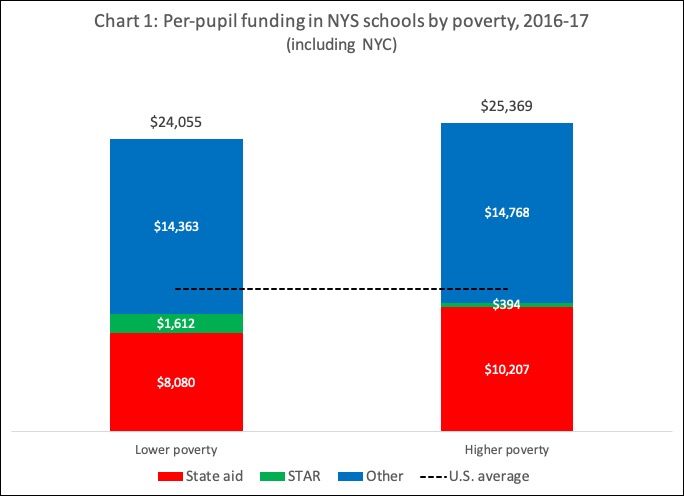 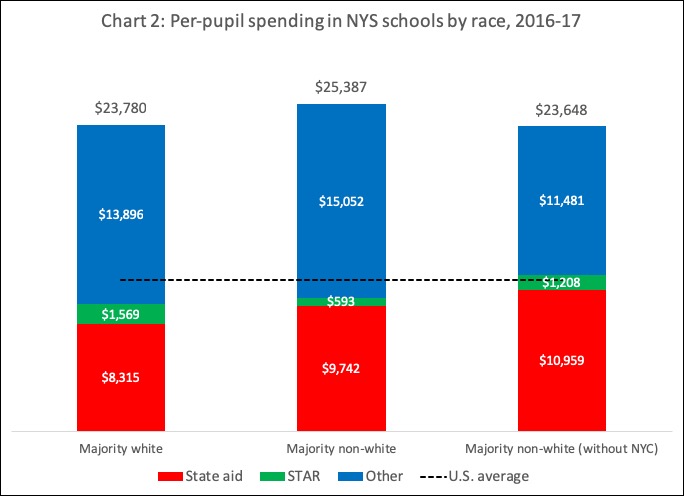 A complicating factor in these analyses is New York City. It’s a rare case of district with a high-poverty, majority-non-white student population that also has a concentration of wealthy residents and, through its own income tax, the ability to raise large amounts of revenue. It spends far more local funds and draws far less state aid than typical for a district with its income and racial demographics. Because of its size – 1.2 million students, or 40 percent of the state total – its spending has a significant effect on statewide figures.

If New York City is removed from the calculation, the picture changes. Total per-pupil spending for majority-non-white schools dips slightly below the total for majority-white schools, by 0.6 percent. At the same time, the non-white schools’ advantage on state aid grows to 23 percent – $12,200 per pupil, versus $9,900.

Excluding New York City, a 13 percent gap in total funding appears between the poorest and wealthier quartiles of students, as shown in Chart 3. That’s in spite of the fact that the poorest schools receive 116 percent more state aid than the wealthiest. 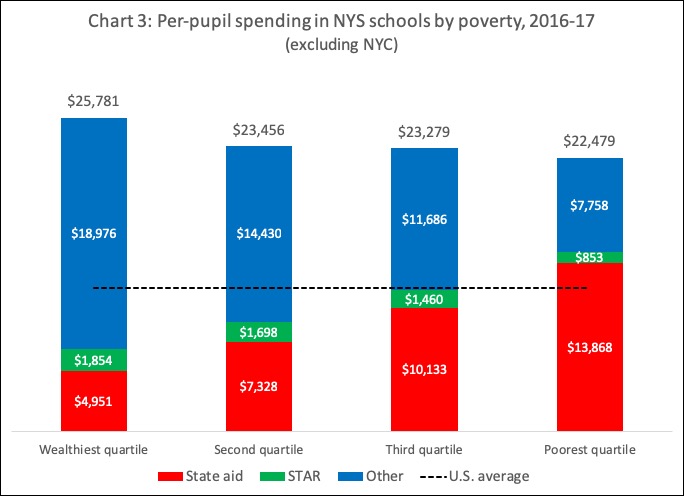 Zeroing in on schools that are both low-income (with poverty rates above 20 percent) and racially concentrated (either more than 75 percent white or more than 75 percent non-white), a similar dynamic occurs. With New York City included, the non-white, high-poverty schools have more total funding but less state aid than the white, high-poverty schools. Without New York City, the opposite is true (see Chart 4). 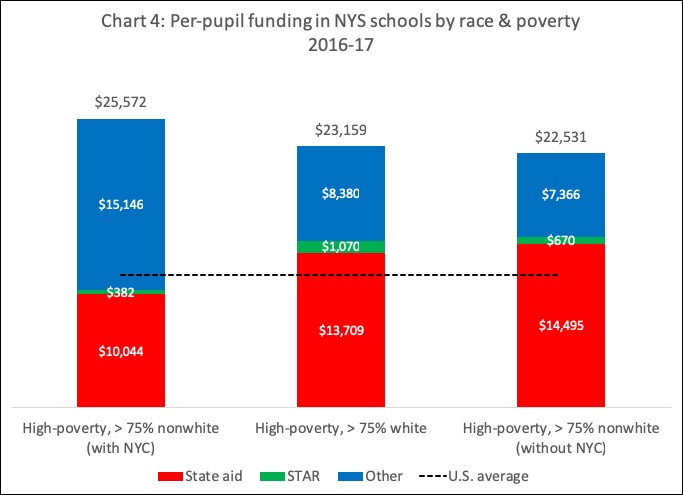 A few observations can be drawn:

First, the gaps in total spending outside New York City, where they exist, are driven by local spending, mostly from property tax revenues — over which Albany has no direct control.

Third, the School Tax Reduction program, or STAR, which is designed to offset the burden of property taxes, generally directs more money to wealthier, whiter districts. Without that program, the funding gap between the richest and poorest schools would be about $1,000 smaller.

[This analysis is based on New York State Education Department data on school finances, racial demographics and poverty rates. All dollar amounts are averages weighted according to district size.]

Schools with a majority of non-white students spend $25,387 per pupil, or 7% more than predominantly white schools.