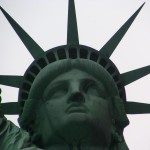 It’s increasingly apparent that New York is suffering more severely from the coronavirus pandemic than any other part of the U.S. and most of the rest of the world – raising stark questions for city and state leaders.

What is it about New York, and especially New York City, that made it especially vulnerable to infection and death? And how can that be changed before the next virus breaks loose?

The answers aren’t necessarily as obvious as they seem.

On Tuesday, city officials expanded their tally of Covid-19 victims to include 3,778 fatalities in which the diagnosis was not confirmed by testing. That boosted the city’s toll to 10,367 as of April 13, one month after the state’s first recorded death – and hundreds more are succumbing every day.

Even before that adjustment, New York’s body count stood out on a national and global scale. Through Monday, the state Health Department had tallied more than 11,000 deaths, overwhelmingly concentrated in the city’s five boroughs and the surrounding metropolitan region. That accounts for almost half of the U.S. total and exceeds the national toll in all but five countries.

After adjusting for population, New York is still an outlier (see charts below). The state’s rate of deaths per million residents, at 554 through April 13, is seven times the nationwide rate and 42 percent higher than that of any large country. The neighboring states of New Jersey and Connecticut rank second and fourth in the U.S., likely because so many of their residents commute into New York for work.

During the first week of April, New York’s toll from Covid-19 alone was about one-third higher than its usual weekly number of deaths from all causes.

So how did New York become the capital of coronavirus?

The list of commonly cited explanations starts with population density. The city’s packed subways and generally crowded environment make it all too easy for contagions to spread from person to person.

Yet only a handful of urban areas worldwide, such as Madrid and the Lombardy region of Italy, have seen outbreaks as deadly as New York’s. Seoul has recorded fewer than 1,000 deaths, as have Chicago and Philadelphia. Tokyo and Singapore have reported fewer than 100 fatalities each, and Hong Kong less than 10.

Another much-discussed factor is political decision-making. Governor Cuomo and Mayor de Blasio have faced criticism for waiting too long to take precautions such as banning large gatherings, closing schools and non-essential businesses, and directing residents to stay home as much as possible.

California Governor Gavin Newsom issued a stay-at-home order on March 19, when his state had recorded just over 1,000 confirmed cases and 19 deaths. When Cuomo followed suit the next day, New York had confirmed more than 4,000 cases and 30 deaths.

However, Florida Governor Ron DeSantis did not issue his stay-at-home order until April 1, by which time his state had more than 7,000 cases and 100 deaths – and to date Florida’s infection and mortality rates remain a fraction of New York’s.

It’s possible as the pandemic continues that other parts of the country and world will experience similarly severe infection and death rates. For now, though, New York’s outcome is unusually bad – and neither density nor decision-making seem to fully explain why.

This raises the question of what else went wrong. Is there something different about New York’s infrastructure, its health-care system or its public policy? Could it be related to the nature of its economy, demographics, or culture?

Or is the strain of virus afflicting this part of the country – which apparently arrived via Europe – particularly infectious or lethal?

“If we don’t learn the lessons from this situation, then all of this will have been in vain,” Governor Cuomo said at Wednesday’s daily briefing.

Once the immediate crisis is past, getting to the bottom of this mystery should be a top priority. The answers will be important not just for New York, but for all states and countries that want to be better prepared for the next outbreak.