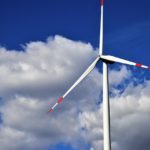 The companies, Equinor Wind and Sunrise Wind, will be guaranteed a minimum amount of money, less whatever they can make from selling electricity into the state’s grid, for each megawatt they generate. This arrangement means the actual cost to ratepayers will fluctuate depending on the wholesale price of electricity in New York City and on Long Island. NYSERDA, using market forecasts, estimated in its Wednesday filing that subsidies will average $25.14 (2018 dollars) per megawatt-hour (MWh) across the two projects over the life of the contracts. But that translates into a total of 87.5 million MWh, or 3.5 million MWh per year.

The projects together would have turbines with theoretical maximum capacities totaling 1,696 megawatts. Thus, the numbers in the NYSERDA filing seem to assume they will run at only 23.6 percent of their capacity, a metric also known as their capacity factor.

State-of-the-art turbines, though, have capacity factors greater than 60 percent. The contracts with Empire and Sunrise appear to acknowledge as much, since NYSERDA has agreed to subsidize up to 9.9 million MWh per year—reflecting capacity factors averaging 66.4 percent. In that case, at $25.14 per MWh, the contracts now “valued” at $2.2 billion in 2018 dollars would cost ratepayers $6.2 billion over 25 years.

The funding for the subsidies will come from increasing electricity prices statewide, with more than half coming from ratepayers north of New York City.

Update 11/14/19: NYSERDA disputed these calculations; their arguments are addressed here.