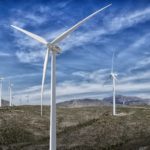 Upstate electricity customers could shell out more than $1 billion to cover the state’s initial round of subsidies for offshore wind turbines, the Cuomo administration’s energy agency has now revealed.

Documents filed today by the New York State Energy Research and Development Authority (NYSERDA) with the state Public Service Commission place the total pricetag on the subsidies as high as $2.2 billion (in 2018 dollars), essentially by promising to pay the operators about double the current wholesale price of electricity on Long Island and New York City for a 25-year period.

Those subsidies will be collected using the PSC’s rate-setting powers, as electric utilities and large electric customers are forced to buy offshore wind renewable energy credits (ORECs) commensurate with the amount of energy they handle on the state’s grid. That funding mechanism means utility customers as far away as Buffalo and Plattsburgh have to chip in—and more than half the funds will come from electricity customers north of New York City.

(Electricity companies, by the way, are prohibited from showing the cost of these subsidies on customer bills).

The awards cover less than 20 percent of the 9,000 megawatts of wind turbines the state is slated to subsidize under the Climate Leadership and Community Protection Act signed in July–meaning upstaters can expect to be tapped again in the next few years.

The costs of these turbines, which Governor Andrew Cuomo says are necessary to reduce the state’s carbon emissions, were needlessly inflated by the Cuomo administration’s insistence that contractors use union labor, abide by the state’s Section 220 “prevailing wage” and by the state’s decision to restrict bidding to just a handful of companies that already hold leases in the Atlantic Ocean.