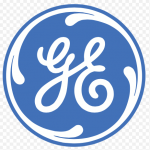 Gov. Andrew Cuomo has just bet another $135 million in (borrowed) taxpayer funds on high-tech research projects in Albany and Rochester, with General Electric and IBM among the state’s “partners” in a consortium that will try to develop and manufacture new materials for use in semiconductors.

However, “if this technology is so terrific, why can’t the private sector do the research and development on it without extra funding from taxpayers?”

To begin with, he points out that Cuomo unveiled the state-subsidized New York Power Electronics Manufacturing Consortium a few months after President Obama announced a $70 million federal grant to a similar project in North Carolina. When it comes to next-generation semiconductor materials — involving technology that Cuomo and other leading pols admit they don’t even understand — New York seems to be involved in something of a crony capitalist competition.

So, again, if this is all so marvelously promising, why do taxpayers have to provide the seed money?

One answer, Stoll suggests, is the potential gains are very, very small — “incremental rather than exponential.” GE, Stoll notes, has issued a report saying the replacement of silicon with silicon carbide in semiconductors could improve the efficiency of windmills “by more than one percent,” which is not the sort of return that normally would prompt a venture capitalist to whip out his checkbook. Stoll continues:

The other part of the answer is that the companies are able to find politicians, like President Obama and Governor Cuomo, who are willing to put public funds on the line. For the politicians, the danger is that the investment will result in a well-publicized failure, like the Obama administration’s investment in Solyndra, the solar energy company that went bankrupt. But in a lot of cases, the politicians will be out of office and on to other things before success or failure becomes obvious.

Stoll points out an interesting and not irrelevant fact that seems to have gone unmentioned in 100 percent of last week’s news media coverage of the rollout: in the seven months before the deal was announced, GE gave a total of $90,000 to the housekeeping accounts of the state Democratic Committee.

I am not suggesting that Governor Cuomo agreed to the subsidy because of the campaign contributions. I believe that if the people who own a corporation want to participate in the political process by making campaign contributions in the name of the corporation, they should be able to. All that said, one reason to avoid big government handouts to private companies is that they breed public cynicism about corruption and whether the little guy who doesn’t donate will get the same benefits as a giant like GE.

Speaking of cynicism, although Stoll doesn’t point it out, the benefits go beyond campaign contributions.

When the deal was unveiled last week, GE Chairman and CEO Jeff Immelt said: “We need a healthy vibrant New York State and we had a good, robust discussion about how to make New York State more competitive and more business friendly and the fact is the governor has delivered.” And the head of Sematech, the private research consortium also involved in the project, was quoted in Cuomo’s press release as saying the governor had “undeniably laid a solid foundation for growth and prosperity by making New York open for business.”

For a governor seeking re-election while claiming that his policies have reignited economic  growth in New York–despite some evidence to the contrary — these quotes from business leaders are the stuff of campaign commercials, worth their weight in gold.

Of course, this is hardly the state’s first exercise in corporate welfare — which, in the area of tech alone, includes a multi-billion investment in the Global Foundries chip fabrication plant in Saratoga County.

The state Court of Appeals upheld such activity in a decision two years ago, notwithstanding the state constitutional prohibition on gifts and loans of state money “to or in aid of any private corporation or association, or private undertaking.” This prompted a memorable dissent from Judge Robert Smith, including an observation that could just as easily apply to Cuomo’s latest announcement:

I seem to remember a time when IBM could make money by selling its products for more than it cost to produce them. I would have thought semiconductor manufacturers could do the same. If they cannot, a bail-out for their shareholders is not a prudent use of more than a billion dollars in taxpayer funds.