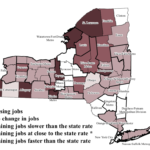 Also as usual, the April numbers showed a wide regional variation in private job creation rates around the state—and New York as a whole continues to trail employment growth nationally.

Starting with the top line: comparing estimated April employment to the same month a year earlier, New York gained 123,500 private jobs statewide, a growth rate of 1.5 percent during a period when the nation added private jobs at a 2 percent pace.

Because of differences in the statistical sampling technique used to produce the estimates, the breakdown of employment within New York on a regional basis added up to 133,800 net new jobs. Nearly three-quarters of that total was attributed to New York City, where private employment was up 97,900 jobs (2.5 percent). Long Island and Westchester gained 6,600 and 2,200 jobs, respectively, equivalent to 0.6 percent growth in both areas, while Dutchess-Putnam was stronger with a gain of 2,500, or 2.1 percent on an annual basis, bringing the downstate share of regional growth to 83 percent.

The handful of upstate bright spots were the normally sagging Syracuse area, which gained 6,700 jobs, or 2.7 percent, and the tiny Ithaca and Kingston labor markets, which were up 1,300 (2.3 percent) and 1,400 (2.9 percent) respectively. 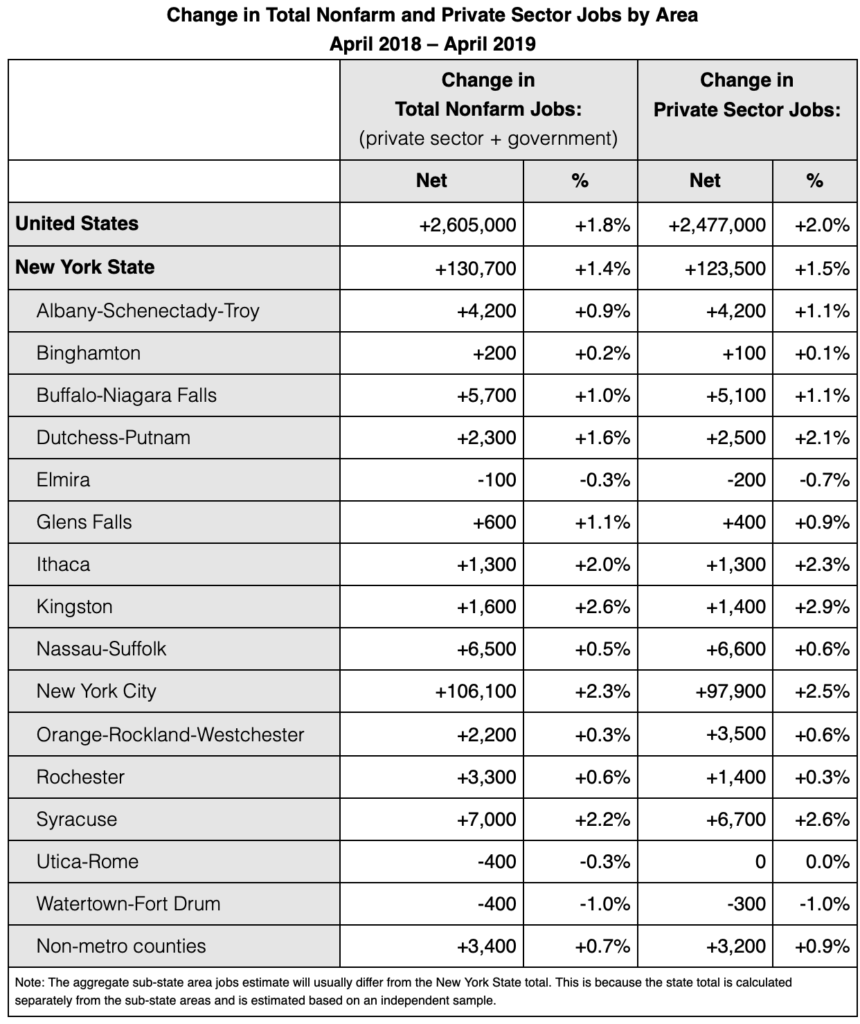 As shown in the breakdown below, nearly half of New York’s estimated additional private jobs were in the educational and health services sector. “Eds and meds” growth has been a pronounced long-term trend statewide, along with the continuing decline in the manufacturing share—although employment in that sector was estimated to have been atypically up, at least slightly, in April. 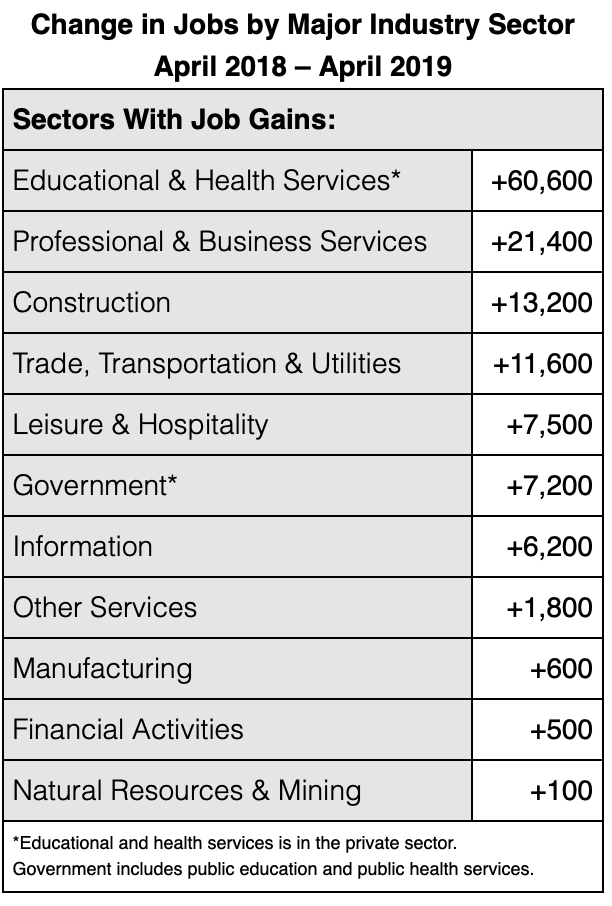