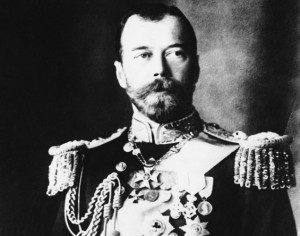 The latest wrinkles in Governor Andrew Cuomo’s green energy policy, as outlined yesterday in his third State of the State message, include a “cabinet level energy czar” recruited from the Obama administration.

Richard Kauffman, most recently a senior adviser to U.S. Energy Secretary Steven Chu, will head what the SoS described as a “newly formed energy subcabinet,”  with immediate responsibility for developing a NY Green Bank, seeded by $1 billion in funds already collected from energy ratepayers, to “leverage public dollars with a private-sector match to spur the clean economy … unleashing green technologies and the many benefits that will come with them.“

No word on whether the new czar will relocate to Petersburg.

In justifying the new post, Cuomo’s State of the State message cited the “need to reduce our consumption of energy that contributes to climate change” and for “a self-sustaining clean energy economy that will deliver both new jobs and cleaner air.”

But the message and the speech  contained not a word about tapping the vast reservoir of natural gas trapped deep below ground in upstate New York.  And so, while the outlook forhydro-fracking in the New York’s portion of the Marcellus Shale region remains unclear, the administration’s strategy for reviving upstate’s economy still consists mainly of various government “investments,” enhanced marketing, and headline-grabbers like a national whitewater rafting competition  and casino gambling (if approved in a voter referendum).

Another big concern left unmentioned in this year’s State of the State was mandate relief. Local county, municipal and school officials throughout the state, Democrats and Republicans alike, have been clamoring for changes in state laws that drive up employee compensation costs by giving unions excessive leverage in contrast talks.  It’s all still no-go with the gov. Instead, there’s this:

[W]e must also continue to provide advice and assistance to local governments on how to restructure local finances. Therefore Governor Cuomo will create Financial Restructuring Assistance Program, which will be available to all local governments (counties, cities, towns, and villages) to help them restructure their finances. The program will be run by a joint Task Force made up of the Comptroller, Attorney General, Division of Budget, and private-sector restructuring consultants.

But local governments don’t need to “restructure their finances” (a phrase that implies something like debt consolidation).  They need to spend less.   And the governor still won’t give them more of the tools they need to do it.