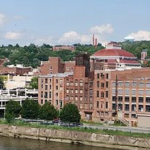 The raw politics behind giveaways to building trade unions were on display last week in Troy, a city outside Albany.

The Troy City Council on October 3 voted unanimously to require contractors bidding on projects priced at more than $100,000 to have “apprenticeship agreements” with a state-approved apprenticeship program covering the trades involved on the project. That state approval requires the program sponsors to have a “permanent facility located in New York State,” among other things, at which workers get structured training. The resolution now heads to Troy Mayor Patrick Madden for his signature or veto.

Local governments and school districts can require apprenticeship agreements under a 2001 law (Labor Law section 816-b)—which was passed after state courts struck down local apprenticeship laws on the basis that they undermined the public interest served by competitive bidding. Troy in 2014 enacted a similar albeit looser requirement, but let it sunset two years later.

Apprenticeship mandates aren’t new. What makes Troy’s noteworthy is just how transactional it was.

For one thing, the process was questionable. Troy City Council rules adopted last year say the city’s corporation counsel shall draft “all proposed local laws, ordinances and resolutions,” and that such requests must be submitted “no later than four weeks” before the meeting at which the measure is to be voted on. The text of the apprenticeship law, however, didn’t reach council members until about a week before.

The measure was sponsored by Republican Council President Carmella Mantello and Democratic Councilmember David Bissember, who are facing off for the council presidency in next month’s general election. The October 3 meeting, as it happens, was the last scheduled council meeting before Election Day.

And the resolution text wasn’t written by the city’s Mantello, who presided over the meeting and placed the measure on the agenda, acknowledged that the Greater Capital Region Building & Construction Trades Council, an umbrella group of 14 trade unions, wrote the resolution—and the memorandum of support that was sent to council members.

And on Monday, just four days after the vote, Mantello posted on Twitter that she had won the group’s endorsement.

Artificially reducing the pool of eligible bidders on a project tends to increase the cost.

But Jeff Stark, president of the Greater Capital Region Building & Construction Trades Council, told council members the measure is “not going to cost you money.”

That’s a difficult claim to make when a policy is designed to disqualify bidders. But he was also forthright about why his group made Troy’s apprenticeship law a priority.

Stark said building trade leaders are always concerned about “having a good supply of work,” and noted how apprenticeship requirements and project labor agreements steer work to union halls.

Unfortunately for taxpayers, so are political candidates.