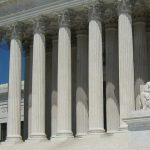 Buried in the state budget bills rushed to passage under cover of Passover, Good Friday evening and the Easter holiday was the top item on the New York government unions’ wish list—a provision designed to trap public employees into paying union dues.

The language in Part RRR of the revenue bill is a deliberate effort to pre-empt the negative impact on union revenues of an expected U.S. Supreme Court ruling for the plaintiffs in Janus v. AFSCME, which challenges the compulsory collection of dues-like “agency fees” from employees who choose not to join unions.

As I wrote in this recent New York Post op-ed:

If the high court ends compulsory agency-fee collection, many of the roughly 1 million New Yorkers who are now members of a government union are likely to quickly reconsider.

If the union doesn’t trap them first.

New York’s government unions have been urging workers to sign new union-membership forms designed to lock them into paying annual dues that typically range from about $600 for unskilled, lower-paid workers to more than $1,000 for some teachers and other professionals.

For example, New York State United Teachers has begun encouraging members to sign a new membership document (also commonly known as a union “card”) that would allow them to opt out only during the month of August — which happens to be among the busiest parts of the year for teachers. The document requires teachers and others covered by NYSUT contracts to promise to keep paying dues “regardless of whether I am or remain a member of the union.”

The Professional Staff Congress, a NYSUT local representing more than 27,000 CUNY faculty and staff, recently released a “new, stronger union membership card.” The form, which existing members are also being pushed to sign, is “stronger” because it limits workers to just a 10-day opt-out period each year. To further confuse everyone, the period would vary for each worker depending on when he or she signs.

For now, such agreements are unenforceable. That’s because they’re superseded by Section 93B of New York’s General Municipal Law, which gives government workers the right to opt out of union membership at any time, merely by asking their employers.

But government unions are lobbying hard for a bill that would eliminate workers’ 93B protections.

That bill, sponsored by Sen. Marisol Alcantara (D-Manhattan), last year passed in the Assembly but failed to get a vote in Senate, and is now pending again on floor calendars in both houses. Language almost identical to the Alcantara bill was transferred into the revenue bill of the 2018-19 budget, which was awaiting a vote as of early Friday evening.

Among the biggest beneficiaries of such a provision will be the New York State United Teachers, the statewide teachers union, and its New York City local, the United Federation of Teachers (UFT), which imposes the highest dues of any teacher union local in the state (more than $1,300 a year). Ironically, the provision pre-emptively limiting worker rights and benefiting the unions could not have made it into the budget without agreement of Senate Republicans—whose slender working majority has been targeted by campaigns funded largely by NYSUT and UFT.