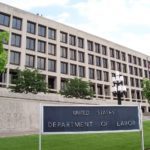 A proposed rule under consideration by the U.S. Department of Labor would have the unexpected benefit of letting more New York public employees see how their union dues are spent—and negating a major union’s recent move to escape federal oversight.

Federal law requires unions representing private-sector workers to file annual financial reports, and lets members see how the money is spent by their local, statewide and national labor organizations. It also provides safeguards to make sure unions follow their own rules when electing officers, among other things. That’s in stark contrast to New York State’s Taylor Law regulating public-sector collective bargaining, which requires virtually no transparency or accountability on the part of unions for which government employers collect tens of millions of dollars in dues annually.

The potential New York impact comes from the U.S. Labor Department move this week to resurrect a rule, first proposed in 2003, expanding unions subject to federal reporting requirements to include “intermediate bodies” that don’t have private-sector members but are “subordinate” to national unions that do, such as the American Federation of Teachers (AFT). The rationale: so much money moves up and down between the layers of labor unions that a private-sector employee needs to be able to see more of the checkbooks from which his or her money might get spent.

From the DOL filing:

“Union members concerned about payments to and from public sector intermediate labor organizations subordinate to a covered national or international labor organization do not have access to the quality and quantity of information available to members of unions that have historically filed the Department’s annual disclosure forms. Absent such disclosures, union members know less about the governance of their unions and cannot fully monitor the spending of their dues monies. They cannot fully apprise themselves of the financial commitments and obligations of their union. They are disadvantaged in their ability to make informed decisions when electing their union officers, and they do not have detailed information about the funding decisions made by incumbent officeholders.”

After the rule was first proposed early in the George W. Bush administration, it was challenged and ultimately upheld in federal court, only to be reversed under President Barack Obama before it could be enforced.

If finalized, it will affect at least three New York-based unions representing 70,000 members, the largest of which is the 51,000-member Public Employees Federation (PEF).

PEF is affiliated with both the AFT and the Service Employees International Union (SEIU), each of which have affiliates representing some private-sector employees. That makes PEF an “intermediate body” subject to added disclosure under the federal rule. PEF recently stopped representing private-sector workers specifically so it could dodge that very federal oversight.

While DOL’s rules were crafted with private-sector SEIU and AFT members in mind, PEF members also would benefit from having the federal government keep an eye on union affairs, which have seen a string of disputed elections and embezzlement cases. PEF certainly isn’t alone in that regard: absent a state oversight regime, the past nine years has seen at least 43 publicized instances of New York public-sector union officers or employees stealing funds totaling no less than $3.5 million.