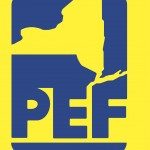 Last year’s U.S. Supreme Court ruling in Janus v. AFSCME pinched the finances of public-sector unions by preventing them from collecting dues-like fees from workers who choose not to be union members.

Yet even after losing more than $1 million in annual fee revenues, one of New York’s largest public-sector unions is deliberately shedding some dues-paying members.

The leadership at the union in question wants to avoid transparency and accountability for how it spends dues money. And unless state lawmakers or federal regulators act, they’ll succeed.

The Public Employees Federation (PEF), the state’s third-largest public employee union, saw about 3 percent of the approximately 54,000 people it represents stop paying soon after Janus gave them the choice. Yet the union also is taking steps to eliminate a small local with about 150 people who, unlike PEF’s other members, work for a private-sector employer.

With overt encouragement from PEF’s state leadership, a PEF local representing office workers and technicians at the Eastern Niagara Hospital outside Buffalo voted in a union-run election earlier this month to break from PEF and to instead affiliate with the healthcare workers union 1199SEIU. 1199 is part of one of PEF’s parent unions, the Service Employees International Union (SEIU).

PEF’s remaining members work for public employers and bargain under the New York’s public-sector collective-bargaining law (the Taylor Law), but its private-sector units were covered by the National Labor Relations Act. (A second private-sector PEF unit at a Manhattan healthcare research non-profit dissolved earlier this summer after the employer ceased operations). Having a private-sector unit meant PEF’s elections and finances were subject to oversight and reporting rules under the Labor Management Reporting and Disclosure Act (LMRDA), a federal measure adopted in 1959 to curb racketeering and corruption in U.S. labor unions. LMRDA, among other things, requires unions with private-sector members to file an annual report detailing its assets, receipts, and expenditures, and gives the U.S. Department of Labor oversight of union elections.

But the Taylor Law lacks similar disclosure requirements, so now that PEF has jettisoned its last private-sector unit, it will no longer have to explain what it does with the $36 million in dues it collects each year from members. It would also be the largest labor union in New York, and possibly the country, not subject to any state or federal reporting requirements.

The idea that PEF is losing members and revenues and is still set to ditch members and forgo hundreds of thousands of dollars in future dues revenue just to escape federal oversight is a reminder of the importance of that oversight.

And PEF, in many ways, has been Exhibit A for why the U.S. Labor Department keeps an eye on things.

A top statewide PEF officer was convicted in 2003 on federal charges for promising to steer union work to a public relations consultant in return for free campaign help. A regional officer was busted in 2014 for spending PEF funds on more than $30,000 in personal expenses, and the union just last summer began investigating one of its vice presidents for similar allegations. All the while, PEF has had a number of contentious leadership elections in which alleged improprieties have fueled complaints to federal regulators.

PEF, and other government unions, have an increased sensitivity to public airings of their finances now that workers have a choice about paying them. PEF’s LMRDA reports, for instance, highlight the uncomfortable fact that PEF sends about one-quarter of member dues to two different national affiliates under the terms of a 1978 deal between the American Federation of Teachers and the SEIU—neither of which seem to be natural matches for PEF’s mostly white-collar workforce.

New York requires public employers to collect roughly $800 million per year in union dues without any meaningful oversight of the process. That’s had a measurably negative consequence on union members.

Since 2010, New York has seen at least 43 instances of government union officers or employees absconding with member funds totaling no less than $3.5 million. Most episodes involved outfits, such as independent local police unions, that don’t have to file federal reports. Others became known to members only because of federal reports or federal investigations.

Those figures reflect public records and news accounts, and the actual frequency and cost of malfeasance is likely considerably higher since union executives sometimes resolve matters internally. It also doesn’t include the $20 million in Correction Officers’ Benevolent Association funds that were steered by former president Norman Seabrook into a now-defunct hedge fund in return for cash bribes.

Under current law, New York’s public-sector unions are effectively a state-chartered business enterprise—and the only business Albany seems uninterested in regulating. Other states, from Hawaii to Ohio, have rules requiring unions to give their members access to financial documents.

PEF’s escape from federal reporting requirements might be short-lived. The Trump Administration in 2017 revived a Bush-era Labor Department proposal that would have applied LMRDA reporting rules to “intermediate bodies.” For instance, if a national union has private-sector employees in one or more state subsidiaries, then each of that union’s state subsidiaries would have to also file federal reports even if it had no private-sector members itself. The updated final rule text hasn’t yet been made public, but it’s likely it will apply both financial disclosure and election oversight regimes.

This broader application of LMRDA makes sense given the extensive co-mingling of funds between layers as unions award grants and other resources to different levels. In PEF’s case, the union routinely has sizable transactions back and forth with its parent organizations. It defeats the purpose of LMRDA to exempt from disclosure the locals into which union funds are routinely funneled. And it serves the interest of every member of a statewide union to know their dues aren’t leaking into someone’s pocket.

The intermediate bodies rule could require some local law-enforcement unions and every firefighter and public school teachers union local to file an annual report—and could make PEF’s unit-dumping pointless, since PEF is an intermediate body of two LMRDA-covered parent unions.

This means PEF members, whose dues average about $700 per year, might next year find themselves counting on the Trump Administration to find out where their money is going.