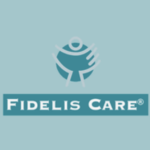 Federal officials are reviewing the state’s expropriation of $2 billion from the sale of Fidelis Care health plan, potentially throwing a wrench into the Cuomo administration’s plans for using the money.

An Aug. 21 letter from the Centers for Medicare & Medicaid Services, recently posted on the state Health Department’s website, says the Fidelis transaction is being examined “pursuant to Section 1903(w) of the Social Security Act.”

That section of law is meant to discourage states from using certain tactics to raise revenue for their Medicaid programs. Depending on the outcome of the CMS review, the state could ultimately lose a share of its federal matching aid – which would add to the Medicaid program’s burgeoning budget crunch.

The feds’ review adds a new wrinkle to a deal engineered by Cuomo last year, which was the focus of a front-page expose in today’s New York Times.

Founded as a Catholic-affiliated non-profit health plan, Fidelis agreed in September 2017 to be bought out by for-profit Centene Corp. for a price of $3.75 billion. The state’s Catholic bishops intended to put the proceeds into a charitable foundation, but Governor Cuomo insisted that the money should go to state government instead – on grounds that most of Fidelis’ business had come from government-funded programs such as Medicaid, Child Health Plus and the Essential Plan.

Under pressure from Cuomo, the bishops and Centene agreed to pay the state $2 billion over four years. Cuomo and Legislature placed the money into a newly established “Health Care Transformation Fund,” which the governor could spend at his discretion on a broad range of health-related purposes.

The first use of the funds came in October 2018, which the Health Department announced Medicaid rate increases of 2 percent for hospitals and 1.5 percent for nursing homes – a major victory for influential interest groups that included one of the governor’s biggest campaign donors.

In the Aug. 21 letter, CMS gave approval for the nursing home rate increase but added a note of caution about the revenue source:

During our review of the proposed state plan changes, CMS became aware that the State of New York received considerable revenues related to [the] sale of assets between Fidelis Care (a non-profit insurer associated with Catholic Diocese of New York) and Centene Corporation (a for profit health insurer). Our review of these revenues is still ongoing pursuant section 1903(w) of the Act.

Section 1903(w) restricts the ability of states to finance Medicaid with revenue from health-care sources. The concern is that states will allocate a certain amount of money for Medicaid, use that expenditure to draw federal matching funds, then grab back all or most of their initial expenditure through taxes or “donations” paid by the health-care industry. If the quasi-voluntary payments by Fidelis and Centene are determined to violate this rule, the federal government is supposed to reduce the state’s allocation of federal Medicaid funding by the amount of the improper payments.

The outcome of CMS’s review is hard to predict. What’s clear is that an adverse decision would open a new hole in state finances.

For example: The state has projected that its share of the rate increases for hospitals and nursing homes would be $500 million over four years – but that assumed a roughly dollar-for-dollar match from Washington. If CMS rejects the use of Fidelis funds, and reduces aid accordingly, the state would need to put up another $500 million of its own.

Even without this complication, the Cuomo administration has been struggling to balance Medicaid’s finances. The program ran so far over budget that the state delayed $1.7 billion in payments from March to April, shifting the expense from fiscal year 2019 to fiscal year 2020. Budget reports since then have warned that Medicaid spending continues to exceed expectations, and that the state might have to make program cuts or delay further payments in the future.