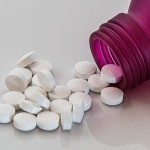 Governor Cuomo says that controlling the cost of prescription drugs will be part of his agenda in 2020. Four bills currently awaiting his signature or veto give him a chance to get started in 2019.

The medication-related bills were passed by the Legislature earlier this year and recently delivered to his office for final action. Each would intervene in the complex drug market in a different way, but all, if signed, are likely to result in higher overall costs for consumers, employers and taxpayers – adding to what are already the highest premiums in the lower 48 states.

The most sweeping of the three measures, A. 2836/S. 6531, seeks to regulate pharmacy benefit managers (PBMs), the companies that negotiate prices with drug manufacturers on behalf of health plans and employers.

Because the price-setting process is so murky, and because PBMs generate substantial revenues without ever physically handling a product, they are widely distrusted by other players in the health-care system and state lawmakers of both parties.

The regulation bill, cosponsored by Assembly Health Chairman Richard Gottfried and Senate Insurance Chairman Neil Breslin, easily passed in both chambers with bipartisan support – 147-0 in the Assembly and 49-13 in the Senate.

However, the final language came together quickly in the final days of the legislative session, and includes several problematic provisions.

One requires PBMs to act “for the best interests primarily of the covered individual, and the health plan and the provider” – which would be difficult, since the interests of those three groups often conflict. Another clause creates the right to sue PBMs “for any injury or loss … caused by any violation of such duties, obligations or requirements,” which is bound to unleash a lot of costly litigation.

As written, the bill would also subject the companies to overlapping regulation by two state agencies, the departments of Health and Financial Services, which is likely to create redundancy and conflict.

For these and other reasons, the legislation would impede PBMs from fulfilling their core function of negotiating price discounts, which could leave consumers worse off in the end.

A second bill awaiting Cuomo’s final action, A. 2969/S. 2849, would bar insurers from changing their drug formularies (which are often managed by PBMs) in the middle of a plan year. This is meant to protect patients from unexpected coverage changes that could force them to switch medications or pay higher out-of-pocket charges.

Health plans and employers have objected that this rule would hamstring their ability to manage drug costs – since manufacturers could hike prices early in the year but not lose their formulary slots until months later.

Tellingly, labor unions raised this same objection – and the legislation was promptly amended to exempt collectively bargained plans from its requirements.

The two final bills, A. 2785/S. 3118 and A. 3009/S. 4078, would mandate coverage of drug “synchronization,” in which pharmacies provide partial refills for some medications so that a patient can refill all of his or her prescriptions at once. One bill imposes this requirement on Medicaid, and the other governs private insurance.

The New York Health Plan Association opposes these bills on grounds that they require insurers to pay pharmacists the same fee for partial refills as they do for 30-day refills, which would be likely to increase costs for plans and premium payers.

Earlier this week, Cuomo said his 2020 agenda would include a three-point plan for lowering drug costs: imposing a $100 monthly cap on out-of-pocket insulin costs for insured patients, empowering the Department of Financial Services to investigate price spikes by drug manufacturers, and creating a commission to explore the importation of lower-cost pharmaceuticals from Canada.

The details of those proposals remain to be seen.

Meanwhile, the governor faces a deadline to sign or veto the two drug synchronization bills by Saturday, and the PBM regulation and formulary bills by Dec. 28. Those decisions will be an early signal of how serious he is about truly controlling drug costs.