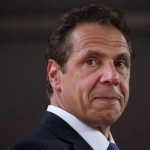 How big are the fiscal challenges faced by New York State in second half of its 2019 fiscal year? Are tax receipts and spending in line with the governor’s budget projections? What’s the outlook for the next few years?

Those are perennially relevant questions for state budget-watchers—especially in statewide election years.

We don’t have official answers, however—because, for an eighth consecutive year, Governor Andrew Cuomo has missed the statutory deadline for producing a Mid-Year Financial Plan Update.

And when it comes to disregarding deadlines, the governor is about to have company. By today (Nov. 5) “appropriate personnel” for the governor, comptroller and legislative leaders are required (under state Finance Law Section 23.5) to “separately prepare and make available reports on estimated state receipts and state disbursements for the current and ensuing fiscal years.”

If the recent past is any guide, only Comptroller Thomas DiNapoli will meet this deadline.**

** Sure enough, by mid-afternoon Nov. 5, he did.  Among other things, DiNapoli’s mid-year Report on Estimated Receipts and Disbursements says tax receipts will fall short of Cuomo’s first quarter projections by $116 million in fiscal 2019 and $383 million in fiscal 2020.

Quarterly, throughout the fiscal year, the governor shall submit to the comptroller, the chairs of the senate finance and the assembly ways and means committees, within thirty days of the close of the quarter to which it shall pertain, a report which summarizes the actual experience to date and projections for the remaining quarters of the current fiscal year and for each of the next two fiscal years of receipts, disbursements, tax refunds, and repayments of advances presented in forms suitable for comparison with [previous required financial plans and quarterly updates]. [Emphasis added.]

Cuomo is far worse than his predecessors on this front.

Going back to the early 1990s, governors Mario Cuomo, George Pataki, Eliot Spitzer and David Paterson generally issued their mid-year reports on schedule or within a day or two of the Oct. 30 deadline. The current governor’s earliest mid-year update, three years ago, was issued on Nov. 6.

Last year’s mid-year report popped out on Nov. 10. Cuomo set an all-time record for lateness his second year in office, 2012, when the mid-year report for fiscal 2013 appeared on Nov. 29, closer to Christmas than Halloween.

The staff of the governor’s Division of the Budget (DOB) almost surely completes the guts of the quarterly report well in advance of the deadline. So why does Cuomo routinely sit on it? After all, more often than not, the report hasn’t contained stunningly bad or surprising news, although last year’s update showed some erosion in the fiscal outlook.

The ultimate answer is that state legislative leaders, in both houses and both parties, have let him get away with it. And so has DiNapoli, the only other official who is statutorily entitled to demand it.

Coming up within the next two weeks is another deadline: Nov. 15, when representatives of the governor, comptroller and legislative leaders are required to meet publicly “for the purpose of jointly reviewing available financial information to facilitate timely adoption of a budget for the next fiscal year.” This is the so-called “quick start” deadline, highly touted as a fiscal reform when it was first enacted under Spitzer in 2007, but also regularly ignored (and even scoffed at) by Cuomo, with barely a shrug from legislative leaders.