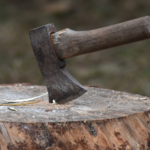 The fiscally distressed Rochester City School District is laying off 152 teachers, but there’s little doubt which educators are on the chopping block.

State Education Law (§2510(2)) requires the district to dismiss its least senior teachers first, effectively preventing it from basing layoffs on performance or even disciplinary records. This policy, commonly known as “Last In, First Out” or LIFO is also enshrined in the district’s contract with the Rochester Teachers Association, the teachers union.

LIFO doesn’t just prevent thoughtful decisions about which teachers to keep. It also maximizes the number of layoffs needed to achieve a certain amount of savings, since new teachers cost the least. A first-year RCSD teacher is paid $46,260, while the district’s median teacher pay last year was $60,508. New teachers’ fringe benefits also cost less since employer pension contributions are a percentage of pay and newer teachers belong to the least costly pension tier.

How might layoffs work if administrators were allowed to look at more than just seniority? The Rochester district identified 146 teachers as “ineffective” by some state measures during 2015-16, the last year for which the stricter criteria was disclosed. Most if not all of these same teachers will be spared the layoff ax thanks to LIFO.

Efforts to end or at least reform LIFO have been almost nonexistent since then-Mayor Michael Bloomberg’s 2011 push to exempt New York City schools. A modest reform bill would have let the city take performance evaluations, discipline and criminal convictions into consideration in making layoffs, but even the then-majority Senate Republicans—who introduced the measure—lent only tepid support. A spokesman for Governor Andrew Cuomo compared the change to the collective bargaining reforms of  Wisconsin Governor Scott Walker.

Even the state Board of Regents, which sets state education policy, has recognized that LIFO is problematic. A minor tweak proposed by the Regents would exempt teachers from LIFO if they hold a certification to teach English as a second language, and instead let districts lay off the least senior teacher who doesn’t.

LIFO could become a major issue in coming months as Albany grapples with its largest budget gap since the Great Recession and school districts must tap the brakes on spending. As E.J. McMahon noted yesterday:

To comply with a self-imposed state spending cap of 2 percent, Cuomo will have to reduce all projected spending by $6 billion in the Executive Budget he’ll submit next month for FY 2021, which begins April 1. Assuming he cuts $3 billion from Medicaid, as indicated in his financial plan, another $3 billion will have to come from all other budget categories—the largest of which, by far, is school aid.

As long as LIFO remains the law of the land, school districts across the state will remain stuck losing not only more teachers but also, in many cases, their better ones.