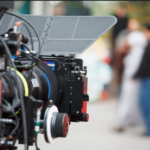 The collapse of New York’s effort to lure Amazon to Queens with more than $3 billion in city and state incentives lends a fresh perspective to a much larger corporate subsidy—the Empire State Film Production Credit.

The Amazon deal offered by Governor Cuomo and Mayor de Blasio consisted largely of established city and state as-of-right job creation credits, plus a state capital grant of up to $500 million, all of which would have been doled out as employment rose to between 25,000 and 40,000 over 10 years. The state share alone, including the grant, would have totaled up to $1.7 billion, assuming Amazon met its maximum hiring goal, over 10 to 15 years.

By comparison, the film credit costs the state $420 million every year, or nearly $1.7 billion every four years. From 2003 through 2019, New York has allocated nearly $5 billon in film subsidies. It is, far and away, the most generous ongoing corporate giveaway on the books in New York State, which has spent more on film credits than any state.

That amount consists of cash payouts, in the form of fully refundable tax credits, to cover 30 percent of “below the line” costs on eligible New York production and post-production expenses—a category of labor, supplies, materials that excludes money spent on directors, writers and featured actors. For expenses incurred in upstate counties, the refundable credit rises to 40 percent.

Where the money goes

The Syracuse Post-Standard has just compiled and posted a list of 43 productions that received a total of $1.2 billion in film credits from 2015 through at least part of 2018. Credit subsidies during the period ranged from a low of $10.4 million for the new CBS series “BrainDead” (“a comic-thriller set in the world of Washington, D.C. politics”) to a whopping $80.6 million for “Elementary” (“a modern-day drama about a crime-solving duo that cracks the NYPD’s most impossible case”).

Never heard of “Elementary”? You’re not alone. A modern take on the classic Sherlock Holmes detective stories, “Elementary” has been critically well-received but chronically low-rated throughout its seven-season run.

The entertainment trade press reported “Elementary” was about to be cancelled at the end of 2017-18, then was surprisingly renewed for one more season, with one more batch of 13 episodes (equating to more millions of dollars in New York tax subsidies) due to run later in 2019. That doesn’t mean the series was a money loser, though.  From the Hollywood Reporter:

The Sherlock Holmes drama has been a cash cow for producers CBS Television Studios, with foreign sales and a Netflix deal helping to keep it running as long as it did …

… The show will conclude with an impressive 154 episodes.

CBS will keep milking those 154 episodes for years to come, reselling the broadcast and streaming rights to the program all over the world. Suffice it to say, New York taxpayers will not be among those pocketing residuals.

Another, much more highly rated perennial leader among subsidized New York productions is the CBS show, “Blue Bloods,” which raked in credits of $79 million from 2015 to 2018, according to the Post-Standard. As described on its website, “Blue Bloods” is “a drama about a multi-generational family of cops dedicated to New York City law enforcement,” headed by Tom Selleck’s fictional Police Commissioner Frank Reagan.  Like the original “Law and Order” series on NBC (produced on location in New York without any state tax kickback for most of its 20-year run), “Blue Bloods” also features some torn-from-the-headlines plots. 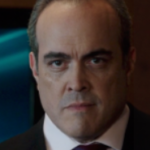 For example, one storyline during the 2017-18 season included an angry confrontation between Selleck’s Commissioner Reagan and a fictional New York governor named Martin Mendez. As played by the Puerto Rico-born actor (and former New York cop) David Zayas, the Governor Mendez character (left) comes off as a surly control freak who stokes an ongoing feud with New York City’s mayor and annoys the NYPD by posting state troopers in the city.

In real life, of course, New York City’s police commissioner looks nothing like Tom Selleck, and New York State’s governor is … not a Latino.

Boosters of the Film Credit says it has played an “essential role in bolstering the state’s thriving film and television production industry.” But critical studies, such as those by Michael Thom at the University of Southern California, cast doubt on assertions that such credits are worth what states spend on them.  (UPDATE: Here is another good critique of film credits across the country.)

Among other things, the standard cost-benefit analyses cited by supporters of the credit assume that, in the absence of the tax credit, no films or TV shows would be made in New York. History would suggest otherwise: countless famous movies were shot in New York before the credit existed, and more than a few TV shows have closely identified themselves with New York City, in particular, without a subsidy.

Supporters of the credit ignore the opportunity cost of spending $420 million a year in other ways—investing in infrastructure, or bolstering some existing government program, or simply reducing broad-based taxes.

But the film credit has added appeal to New York politicians: it subsidizes an industry populated by famous and glamorous people, who are sure to get attention when they lavish praise on the incumbent politicians who subsidize their productions. And the production companies themselves are active and generous campaign contributors.

And so the Empire State Film Production Credit lives on—and on, and on—renewed every few years with near-unanimous support from the Legislature, and rarely if ever singled out for criticism by the left-of-center politicians and advocacy groups that opposed the Amazon deal.

The credit is next due to expire at the end of 2022. Under the usual schedule, that would mean you can expect a big push for an extension in next year’s state budget.