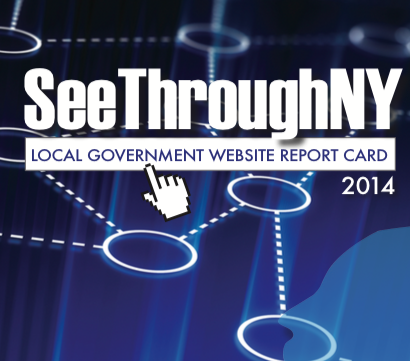 Good news to cap off Sunshine Week: at least some local government and school officials are working to make their websites more useful and informative.

Last year, the Empire Center’s inaugural SeeThroughNY Local Government Website Report Card found that 85 percent of the state’s 500 largest localities were failing to use the Internet to share even basic information with the public.

Our goal in reviewing and grading local websites based on content and transparency wasn’t to embarrass or chastise local officials, but to begin a dialogue and set some standards for what information governments should be sharing with taxpayers.

The initial response has been positive. And we’re even beginning to see results.

For example, after its website was one of many awarded an “F,” the town of Saugerties was quick to make significant enhancements to its site. As town Supervisor Greg Helsmoortel told the Empire Center, “a grading system such as this is great, something we can sink our teeth into and strive to be the best we can.”

Saugerties added contact information, public meeting information, and a page detailing public access (FOIL) policies. The webmaster in Saugerties is in the process of collecting and adding more budget information, comprehensive financial reports and collectively bargained contracts. Supervisor Helsmoortel noted that adding these things was, “quite easy to do … it couldn’t be easier.”

In fact, Saugerties was able to add all this information without making any investment in the website. As will be the case in most systems, the technology and capacity was already in place. It was just a matter of realizing the need and then making it happen.

Likewise, the nearby Kingston City School District added a page with some of the district’s public access policies and information. The district also has begun adding past budgets to its site.

Motivated by the Empire Center’s rankings, the Shenendehowa School District plans to post a list of employees, with photos, on its forthcoming redesigned website. School officials also conducted a district-wide survey of residents to help guide their decision-making process. Over 850 people responded with, what a district official describes as, “a lot of good information.”

The Town of Amherst recently formed an Open Government Advisory Board. At the Board’s first two meetings, members and the audience discussed the town’s ranking and according to the minutes (which were promptly posted on the town website), found some areas where improvements could be made.

But localities with low or failing grades haven’t been the only ones striving to improve. Schuyler County’s website earned a “B,” one of the best scores on the report card. Since then, to its credit, the county has enhanced its site with more contact information, past budgets, comprehensive financial reports and collectively bargained labor contracts.

All of these changes are very encouraging.