New York’s Medicaid program is growing at its fastest rate in six years, with a quarter-million additional enrollees landing in the safety-net health plan during the first three months of the coronavirus pandemic.

Enrollment for May rose to 6,321,246, the highest monthly total recorded on the state Health Department’s main website or through its data portal. (Monthly updates formerly published by the Medicaid Redesign Team show the slightly higher number of 6,366,170 for December 2015.)

The May rolls were up 261,000 or 4.3 percent since February – the fastest rise since early 2014, when the Affordable Care Act took full effect. 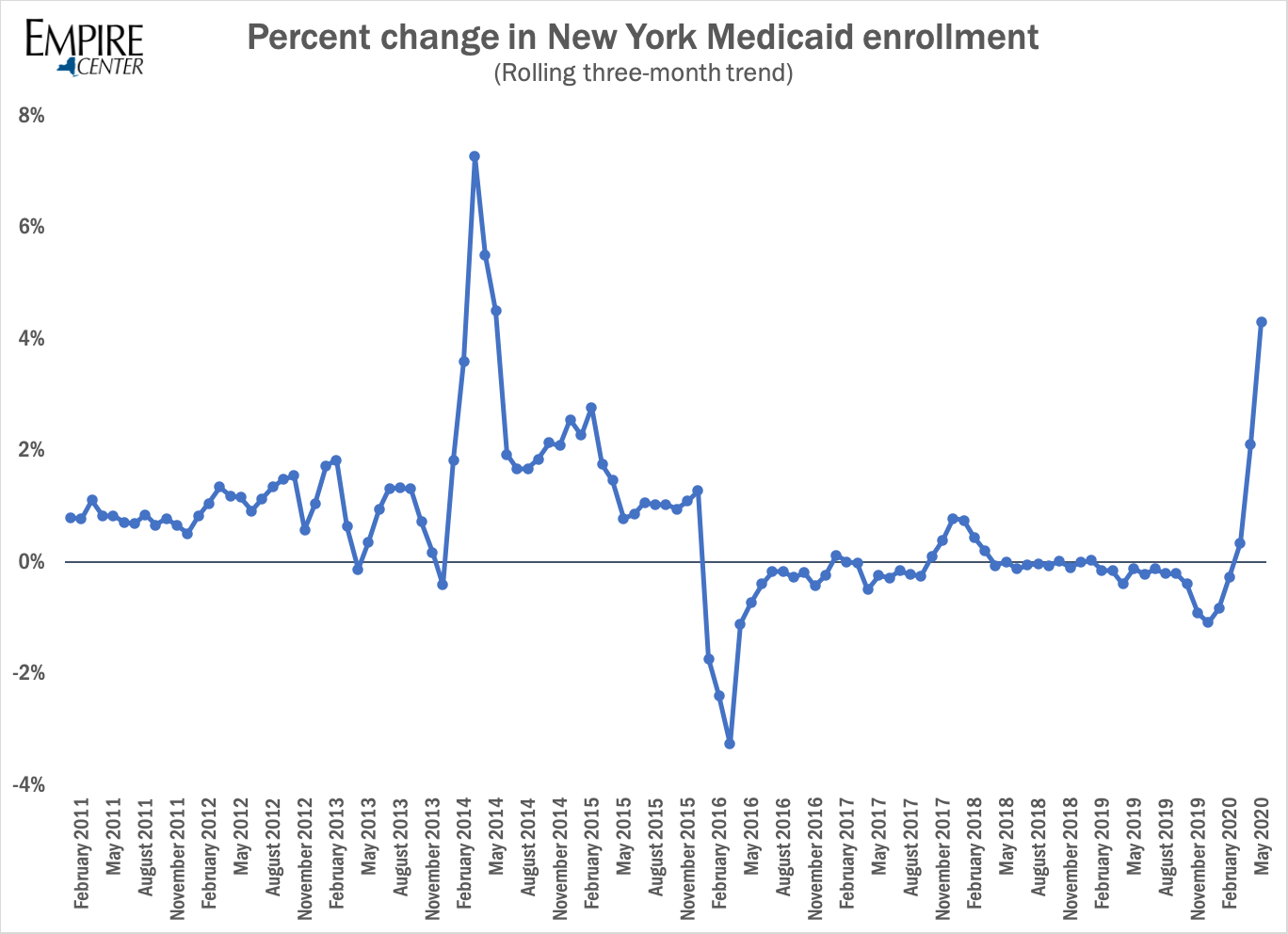 The trend is likely driven by the pandemic-induced recession, which caused more than 1 million New Yorkers to lose their jobs and, in many cases, the health benefits that went with them.

If the surge continues, it could further deepen the deficit faced by the state government, which has lost billions in revenue.

Other states are likely to see a similar pattern. The most recent federal enrollment figures (which don’t always agree with those from the state Health Department) are current through April 1, when the economy had not yet felt the full effect of the coronavirus-related precautions and shutdowns. At that point, New York’s enrollment was up 1.5 percent compared to January, which was less than the national average of 1.7 percent.

When Governor Cuomo took office in 2011, the state’s Medicaid rolls stood at 4.7 million. They climbed steadily through his first term, then spiked in 2014 when the ACA’s individual mandate took effect and the state’s newly opened insurance exchange directed eligible people to Medicaid. Before the coronavirus struck, Medicaid enrollment had hovered between 6 million and 6.2 million since late 2015.

Although Albany officials expected enrollment would spike – and knew that revenues were plunging – the budget approved in early April did not attempt to adjust for either trend. Instead, lawmakers postponed making final decisions in anticipation of further aid from the federal government, and gave Governor Cuomo special authority to borrow and cut spending if necessary.

The wait for help from Washington continues, and what will come remains unclear. Democrats in the House are ready to provide New York and other states with hefty additional aid, but Republicans in the Senate are leery of heavily subsidizing state and local governments.