New York State once again topped all states in K-12 education spending in 2007-08, according to U.S. Census data released today.  The Empire State’s school spending of $17,173 per pupil was 67 percent above the national average of $10,259.

Here is a chart showing how the 50 states ranked, from top to bottom. 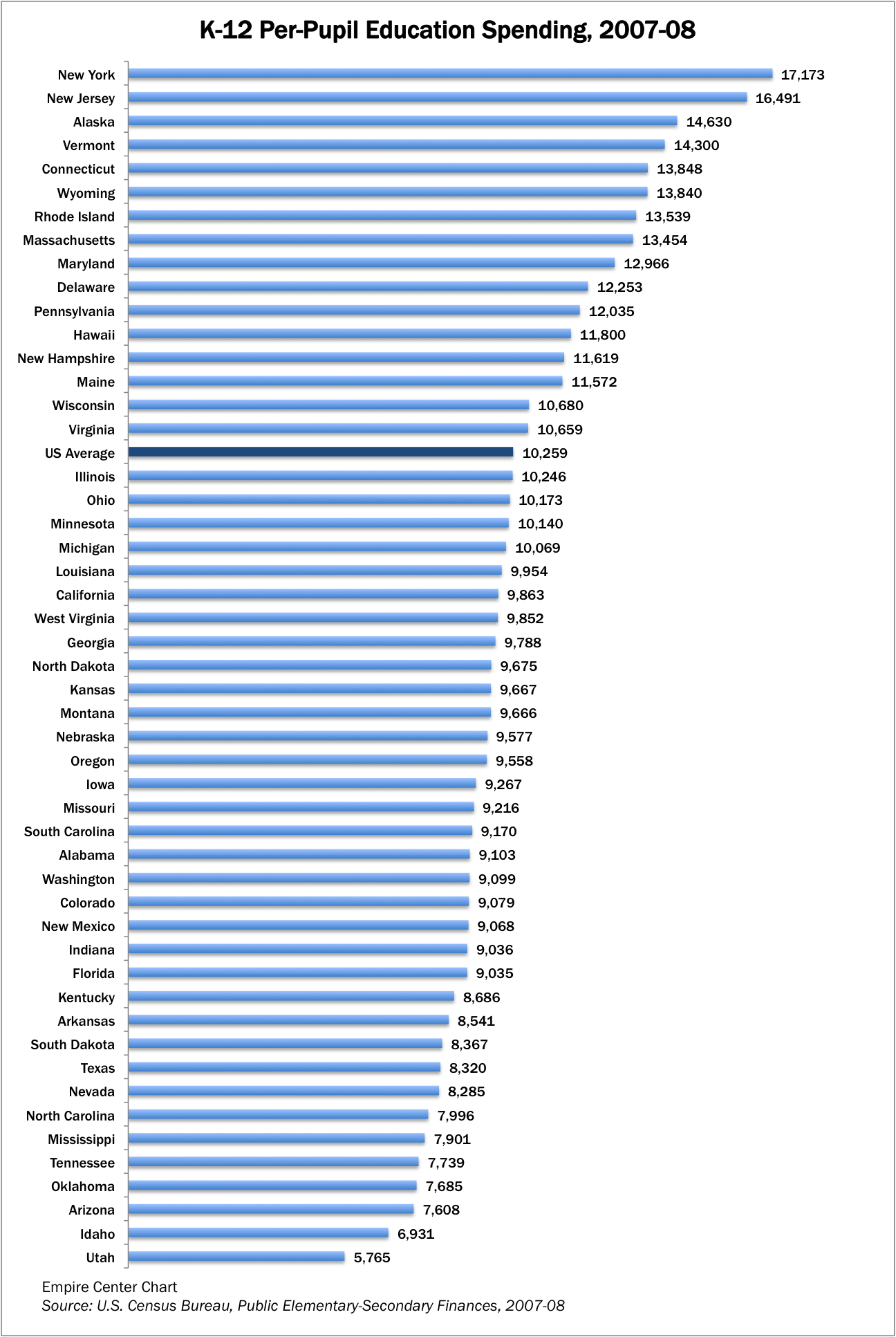