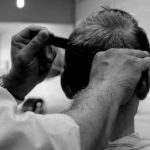 In the coming skirmish over closing a multi-billion-dollar deficit in the Medicaid program, New Yorkers can expect a lot of misleading claims and half-truths from the health-care industry.

A case in point is a Jan. 6 letter signed by 23 provider groups – representing hospitals, nursing homes, pharmacies, physicians and more – which calls for Governor Cuomo to reverse the 1 percent cut to most Medicaid fees that his administration announced on New Year’s Eve.

The move is expected to reduce gross spending by $124 million in the final quarter of the current fiscal year and $496 million in the fiscal year beginning April 1. The state’s share of savings would be about half of those amounts, representing a small down payment on the $4 billion deficit in 2019-20 and the $6.1 billion projected gap for 2020-21.

Here are a few of the letter‘s key claims, followed by fact-checking and context.

“The State’s Medicaid program has not adequately reimbursed for increased costs and critical policy initiatives since the Medicaid Redesign Team (MRT) changes began to take effect. In that period of time, the State has experienced an unprecedented economic expansion, which has included increased costs in labor and goods for all sectors of the economy.”

As of 2016, five years after the Medicaid Redesign Team made its original recommendations, New York was spending more per capita on Medicaid than any other state.

In the five years since then – a period when overall enrollment was flat – the program’s budget increased by $12 billion, or 19 percent. That was more than double the medical inflation rate, which measures rising costs nationwide.

“Simultaneously, the State has raised the minimum wage which serves as an accelerant to labor costs at all levels for providers of physical and behavioral health and long term care services in the State.”

Since the minimum wage hike was approved in 2016, Medicaid has reimbursed providers for the additional labor costs associated with the hike. That funding is projected to reach about $3 billion this year, which is enough to pay 240,000 full-time workers the difference between $9 and $15 an hour.

“In spite of these cost increases in the past decade, providers have not had a trend factor to recognize the basic expenses of providing care to the poor, elderly and disabled in our State. … Thus, the reimbursement reduction policy implemented 1/1/2020 is essentially a permanent reverse trend-factor.”

Although the state halted the routine annual hikes known as “trend factors,” many providers have periodically received targeted fee increases. Effective Nov. 1, 2018, for example, the Health Department granted across-the-board increases of 2 percent for hospitals and 1.5 percent for nursing homes – a move worth hundreds of millions of dollars a year to those groups.

The recently announced 1 percent cut applies equally to a range of providers, including those that received hikes in the recent past and those who were left out. Some of the letter’s signatories therefore have more reason to complain than others.

For the industry as a whole, however, the rate cut amounts to modestly slowing the growth rate of their revenue. The projected annual savings of $500 million amount to just 4 percent of the increase in Medicaid spending since 2016, and about one-fifth of the increase in the past year alone.