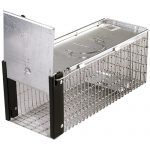 A bill designed to make it harder for New York government workers to extricate themselves from labor union membership rolls is poised to move out of a key Senate committee next week.

S5778 was first introduced last April by Senator Marisol Alcantara, (D-Manhattan) and is co-sponsored by the other seven members of the Senate’s Independent Democratic Conference as well as by Republican Senator Patrick Gallivan (R-Erie). It’s on Tuesday’s agenda for action by the Senate Civil Service and Pensions Committee—which initially reported out the measure last May, only to see it stall. The bill already passed in the Assembly last year by an overwhelming margin, though that house is expected to vote on it again this year.

This is effectively a re-start for a measure that in some ways may be the highest public-sector union priority of this legislative session.

To be sure, the bill might not look significant based on Alcantara’s memorandum in support, which says it will simply “streamline” the process of joining a union.

But, a half-century after the Taylor Law first cleared the way for public unionization in New York, what’s behind the sudden union push for legislation purporting to merely clarify the membership process?

The obvious answer is the U.S. Supreme Court case Janus v. AFSCME, which could effectively strike down, on First Amendment grounds, all state laws compelling government workers to pay a dues-like fee as a condition of employment. The case, in which the lead plaintiff is Illinois state government employee Mark Janus, will be argued in February and decided by the end of the current court term in June.

Odds seem to be in favor of Janus based on a case raising the same issues, Friedrichs v. California Teachers’ Association, which was argued in early 2016 but resulted in a 4-4 deadlock after the sudden death of Justice Antonin Scalia, who was expected to vote in favor of the plaintiff.

Required to pay the same sum either way, most government workers now choose to sign up as union members, which allows them to vote in union elections and run for union office, as well as qualify for group discounts on consumer items such as movie tickets. But the value proposition of government union membership will change radically if workers are suddenly able to choose between paying dues and paying nothing at all.

Under current New York law (Section 93B of General Municipal Law), government workers who voluntarily join a union have been able to withdraw from union dues deduction “at any time” simply by notifying their employer. Section 5 of the Alcantara bill would supersede that, letting workers withdraw “only in accordance with the terms of the signed authorization.”

The Public Employment Relations Board (PERB) has held since 1977 (see page 3 of this ruling) that Section 93B prevents government unions from creating obstacles for workers who change their mind about joining. In that ruling, PERB struck down the Rochester Teachers Association practice of only allowing withdrawals during a 15-day period each year, requiring the union to refund dues plus interest. That case law has endured for 40 years, blocking subsequent union efforts to create obstacles for people who change their minds.

Alcantara’s proposal wouldn’t just tie an employee’s hands with respect to choosing to unionize: it would likely commit them to a particular union, and force them to support that union financially for up to 11 months, which can add up to several hundred dollars in dues the worker no longer wants to pay. As we put it in this space last year:

Eliminating workers’ Section 93B protections would put workers in a “Hotel California” box (“You can check out any time you like/But you can never leave!”). Unions could set far-reaching or impractical conditions for withdrawal, something they haven’t been bashful about in the past.

As noted in an Empire Center report released this week, when Michigan ended agency fees in 2012, membership in the statewide teachers union dropped 20 percent. Closer to home, to cite one recent example, Transit Workers Union Local 100 in New York City suffered a sharp drop in revenues after temporarily losing its automatic payroll deduction privileges as punishment for its illegal 2005 strike.

The bill also gives unions an opportunity to exert more peer pressure on new hires—ultimately at taxpayer expense. Specifically, within 30 days of hiring, a new employee’s name, work location and phone number and hours of work must be provided by employers to the the union representing the job title. A representative of the union must be allowed to meet with the new employee “during work time,” unless such meetings are (atypically) otherwise addressed under the collective bargaining agreement.

If the court rules for Janus and effectively ends compulsory collection of union dues from government workers, employees who have already opted out of membership could immediately save more than $110 million in annual fees, our report estimated.

If, like in Michigan, 20 percent of New York teachers want to stop paying union dues, and the law is changed to make them keep paying for even three months after the expected June ruling, until a September opt-out window, it means the New York State United Teachers and its local and national affiliates alone would collect a minimum of $16 million in extra dues. That windfall would mean a lot to NYSUT and its largest local, the United Federation of Teachers—both of which are under considerable fiscal stress.

The Civil Service and Pensions Committee vote will be the first step in a long process that has huge implications for taxpayers across the state.

Update, Jan. 17: the Civil Service and Pensions Committee voted on Jan. 16 to send the bill to the full Senate. Eight members—5 Democrats and 3 Republicans—voted “aye,” while three Republicans voted “aye without recommendation.” The tally is below.